An exhibition by Klara Sofie Ludvigsen and Claudia Hausfeld

Photographs behind glass do not smell of chemicals. Some of us can detect it nevertheless; a dry and sharp odour. The smell brings with it a red darkness. In it, windows of white light occur - light is black. Black is light. What is heard are mechanical clicks and ticking and the sound of plastic trays dunking against the sink. Agitated liquids carefully sloshing and the fuzzy, static noise of running water. The photo paper is smooth in the chemical baths. The metal clamp scratches against its wet, slippery surface. The paper dries in stiff waves.

For Klara Sofie Ludvigsen and Claudia Hausfeld, the photograph alternates between being image and object. This alternation is implicit in the analogue photo process, where the image is transmitted through light, from one physical material to another. But it also takes place after the image is finished. This is especially evident in Hausfeld's pictures. In several of them, the photographic print itself acts as the motif, placed together with other objects from the physical world surrounding us. This way, Hausfeld emphasizes the shift between two- and three-dimensionality, which is continuously taking place in the photograph, both in the production and the experience of it.

The analogue processing of a photograph is hands-on and sometimes physically demanding, while at the same time the negatives and photo paper must always be protected from touch. The photographer is revealed through fingerprints, scratches and dust. But neither Ludvigsen nor Hausfeld seem to want to hide their presence in the images, quite the opposite: both of them openly interfere with the photographic material. Most often, this interference takes place in the darkroom. By controlling the white light from the enlarger using masks and filters, they build onto the image projected from the negative.

These interventions sometimes adjust to and sometimes disturb the original image. For example, in some of Ludvigsen's photographs of majestic landscapes, we see banks of fog mixed with painted strokes or drawn lines, effects that both enhance the qualities of the fog and further camouflage the landscape behind it. Ludvigsen in particular wants to disestablish the notion that a photograph is something one can recognize and understand at first glance. Like a vehicle lowering it’s pace when passing though heavy fog, we as an audience of Black is light will have to slow down and sharpen our gaze, when encountering these photographs. 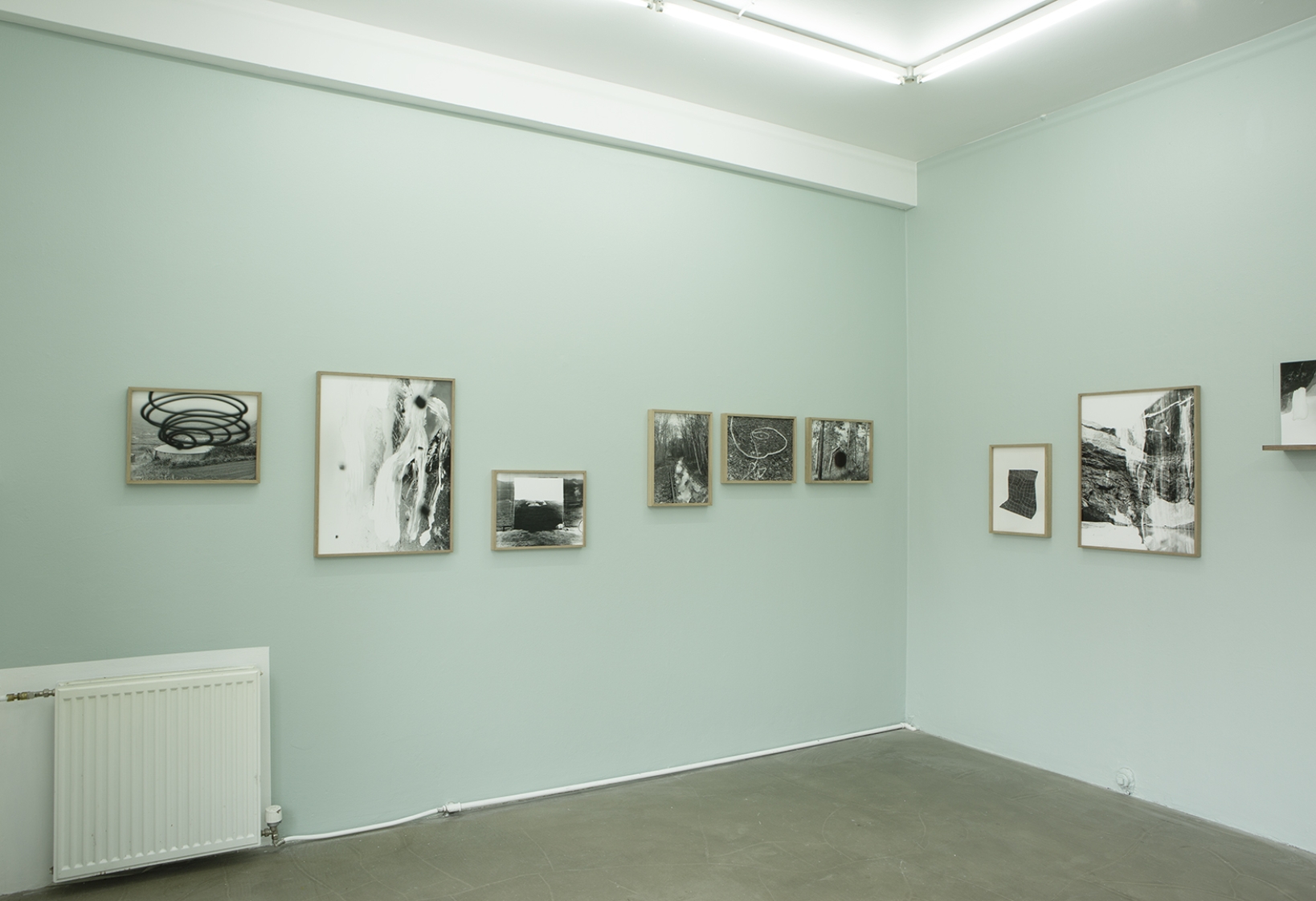 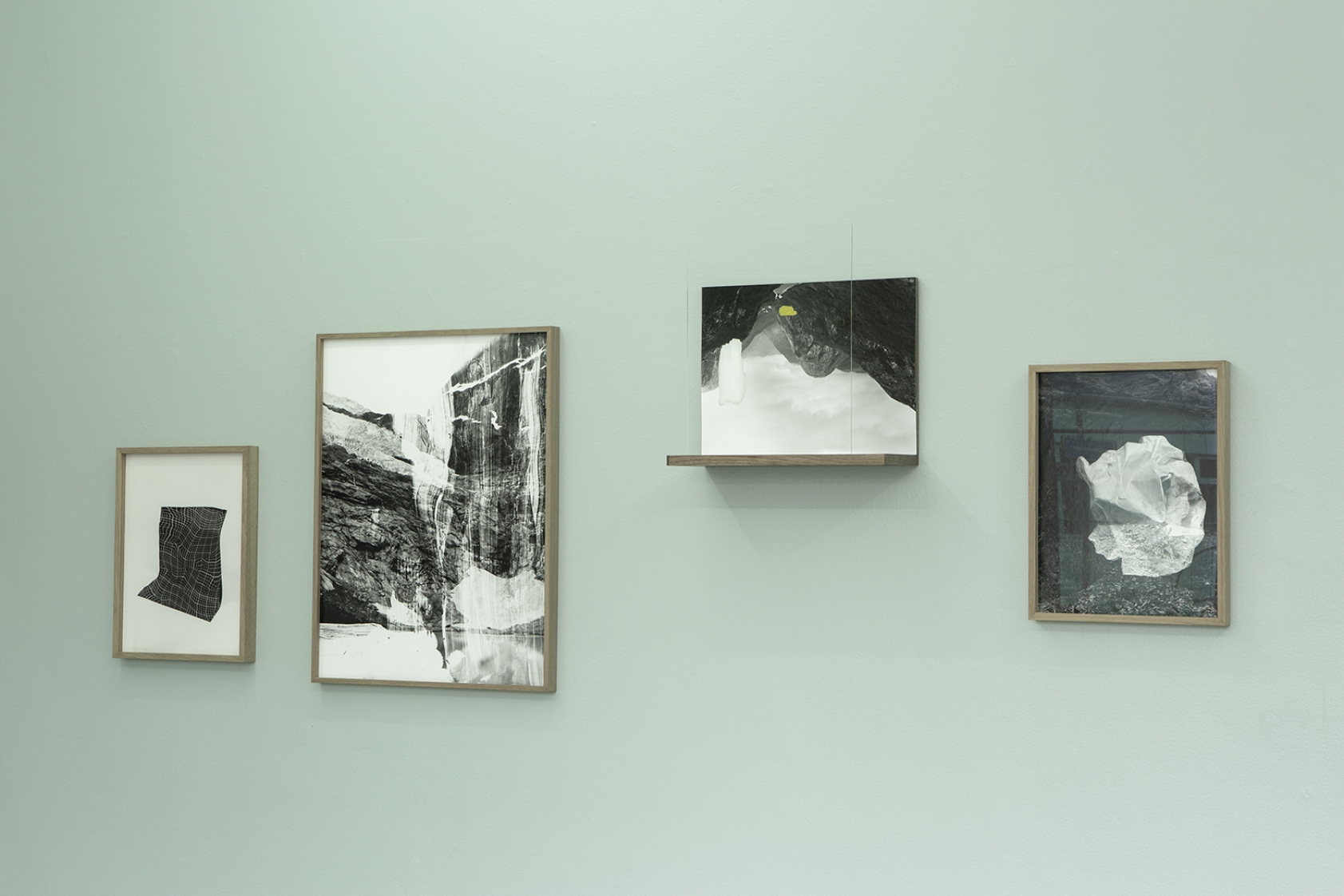 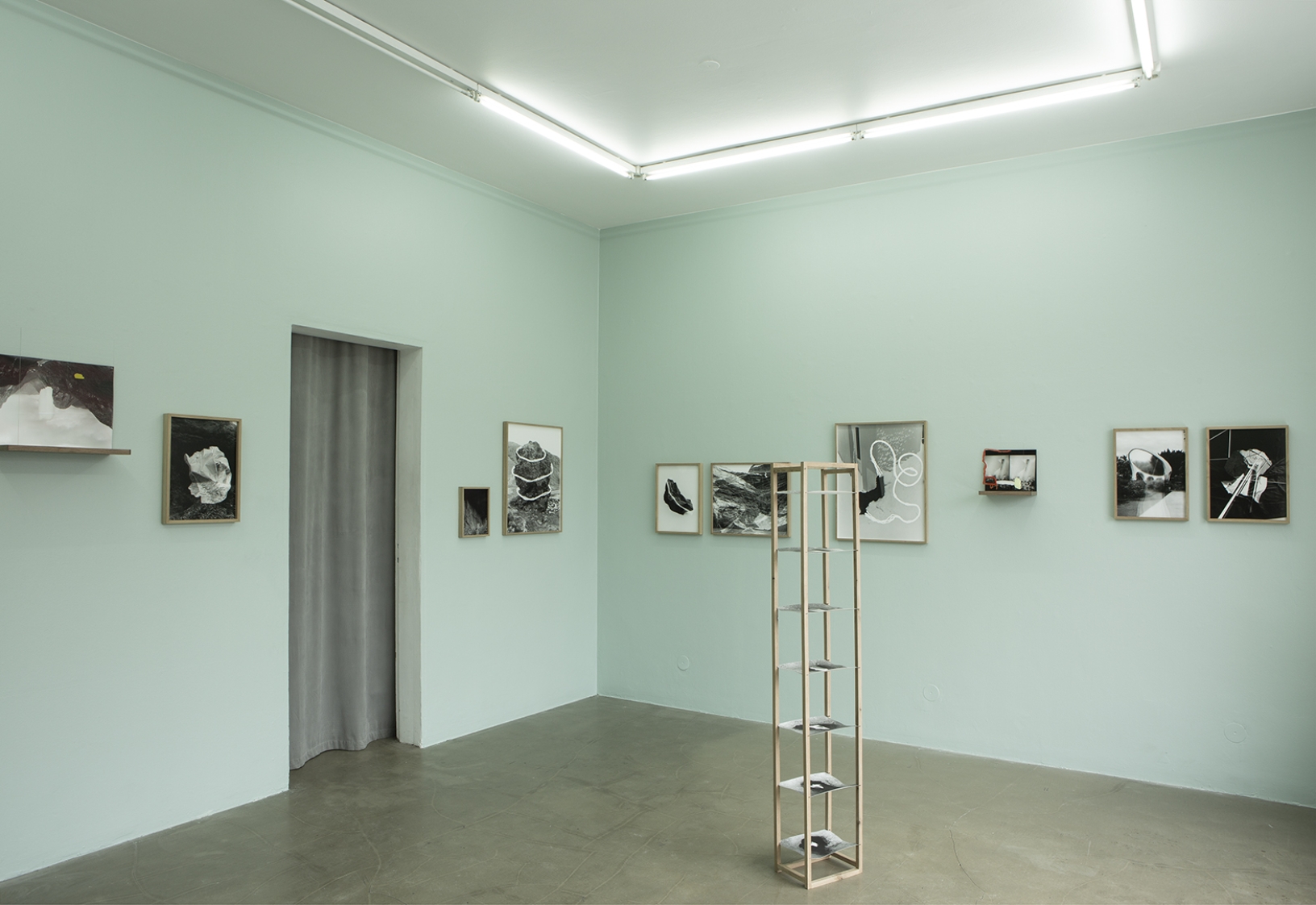 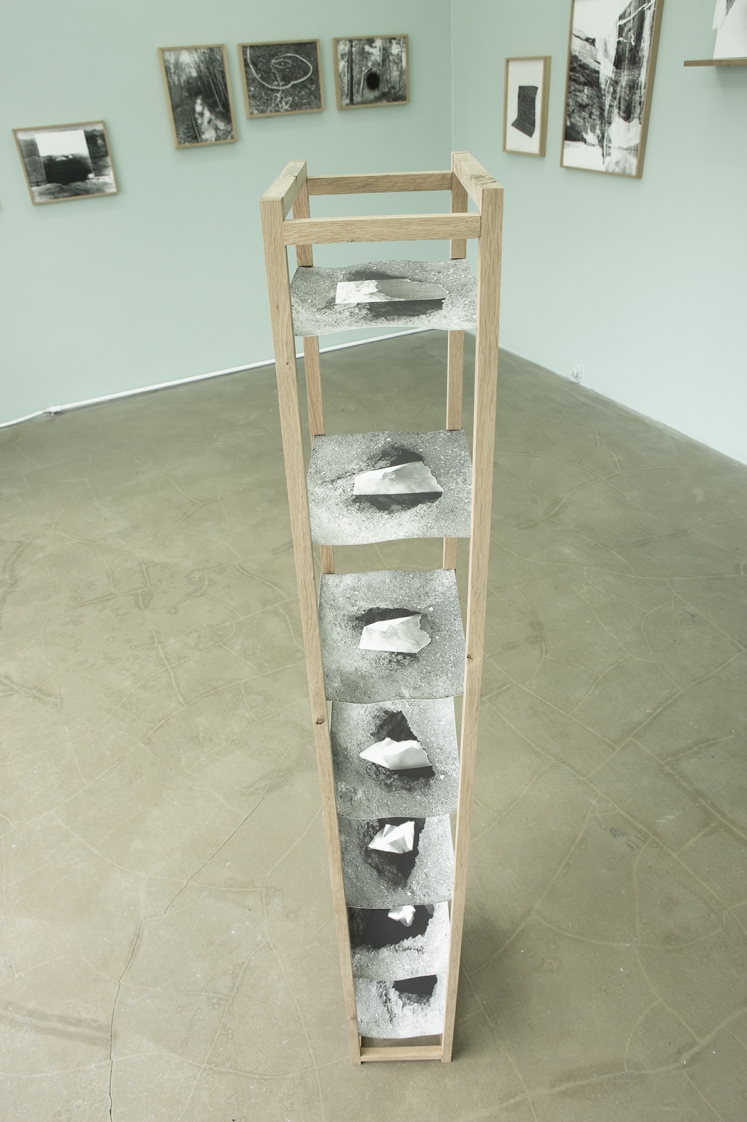 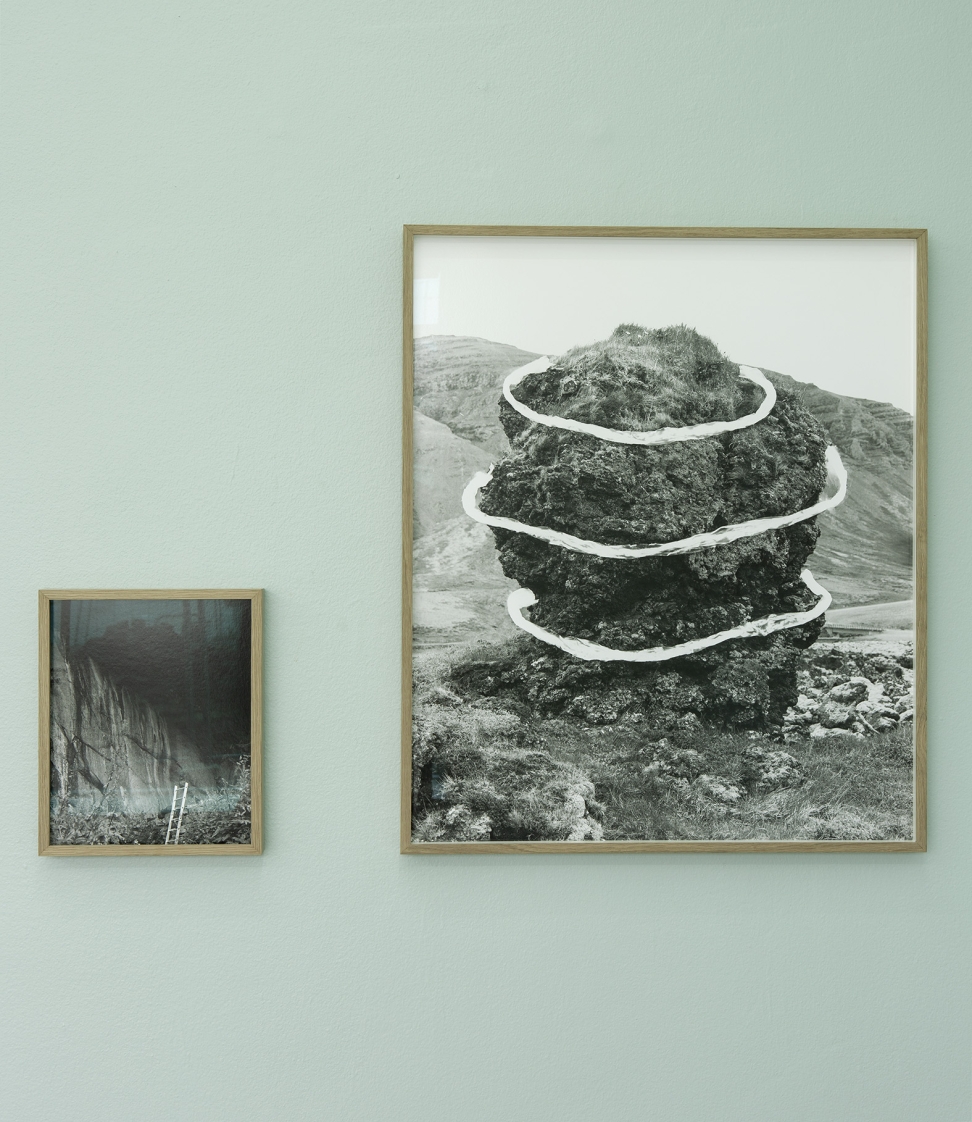 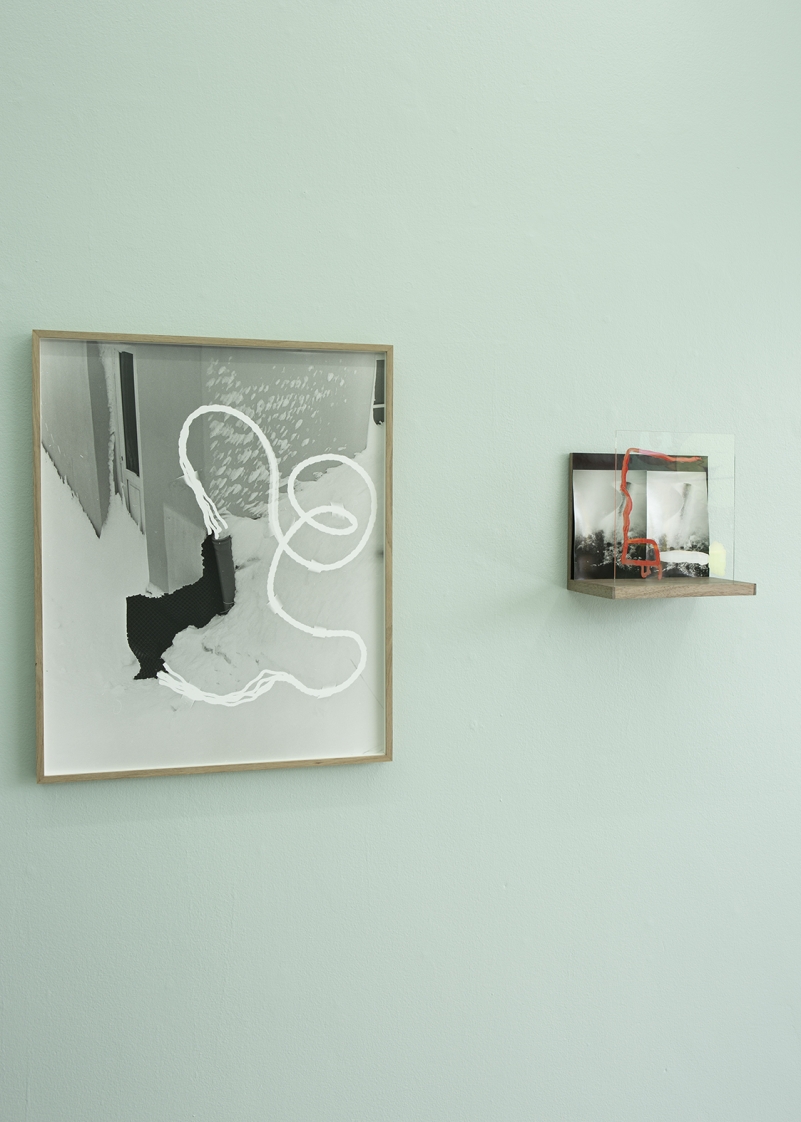 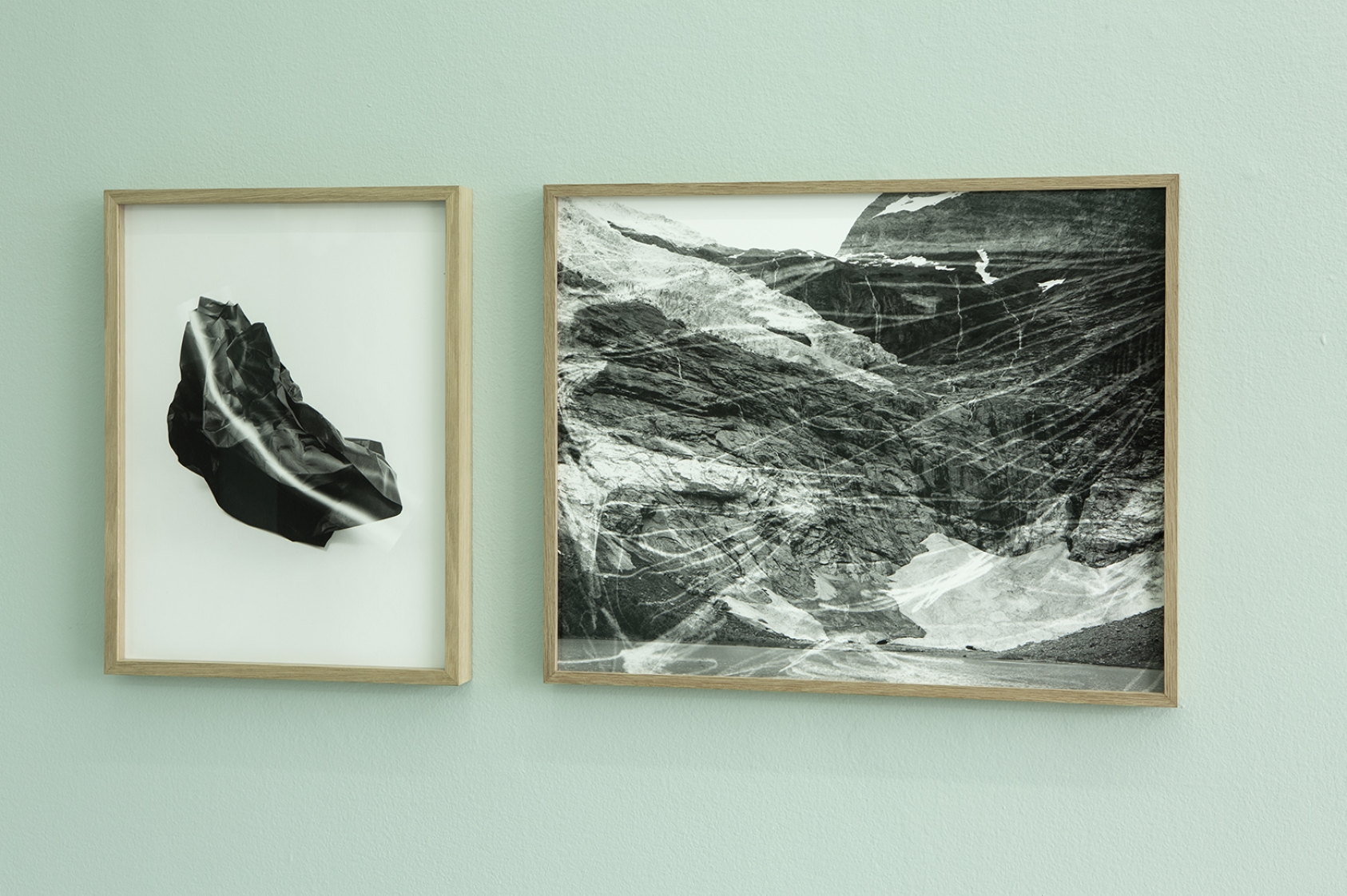 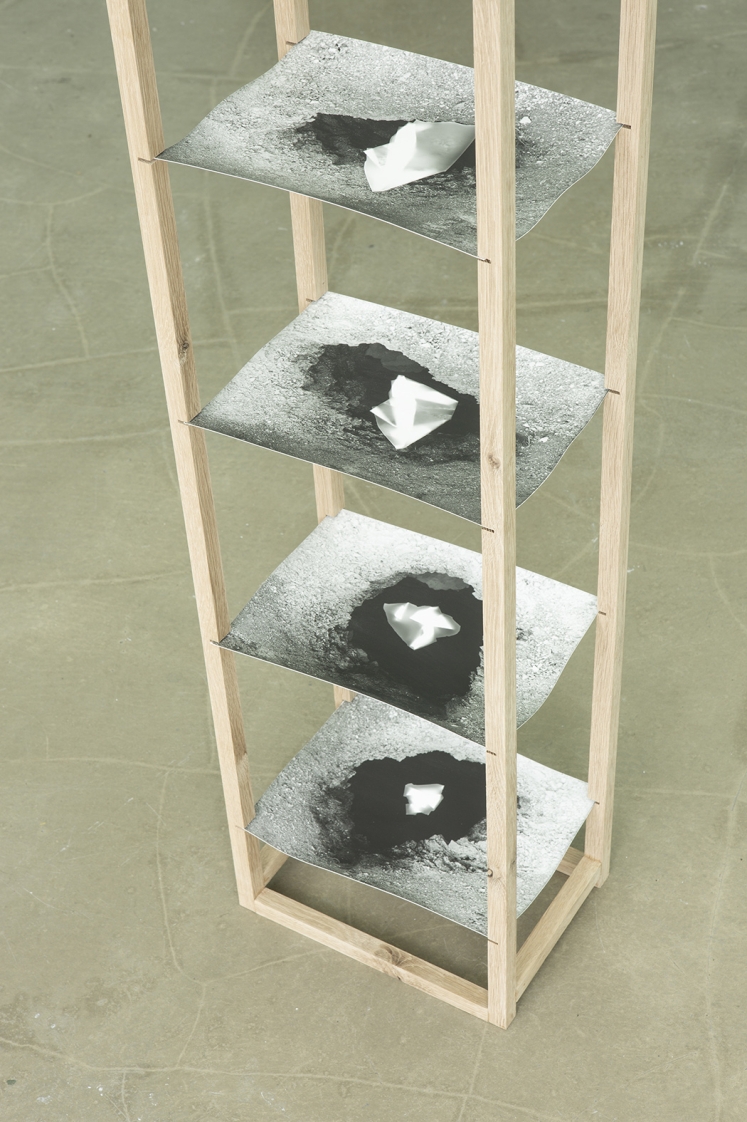 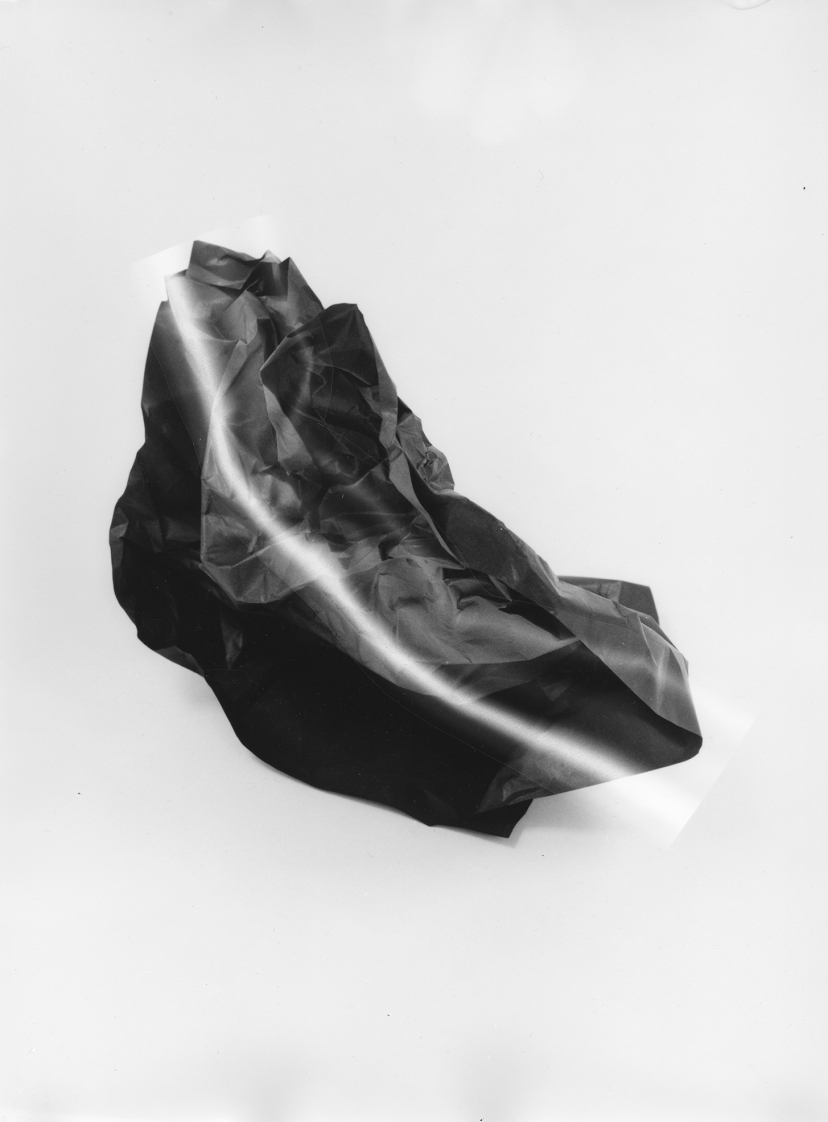 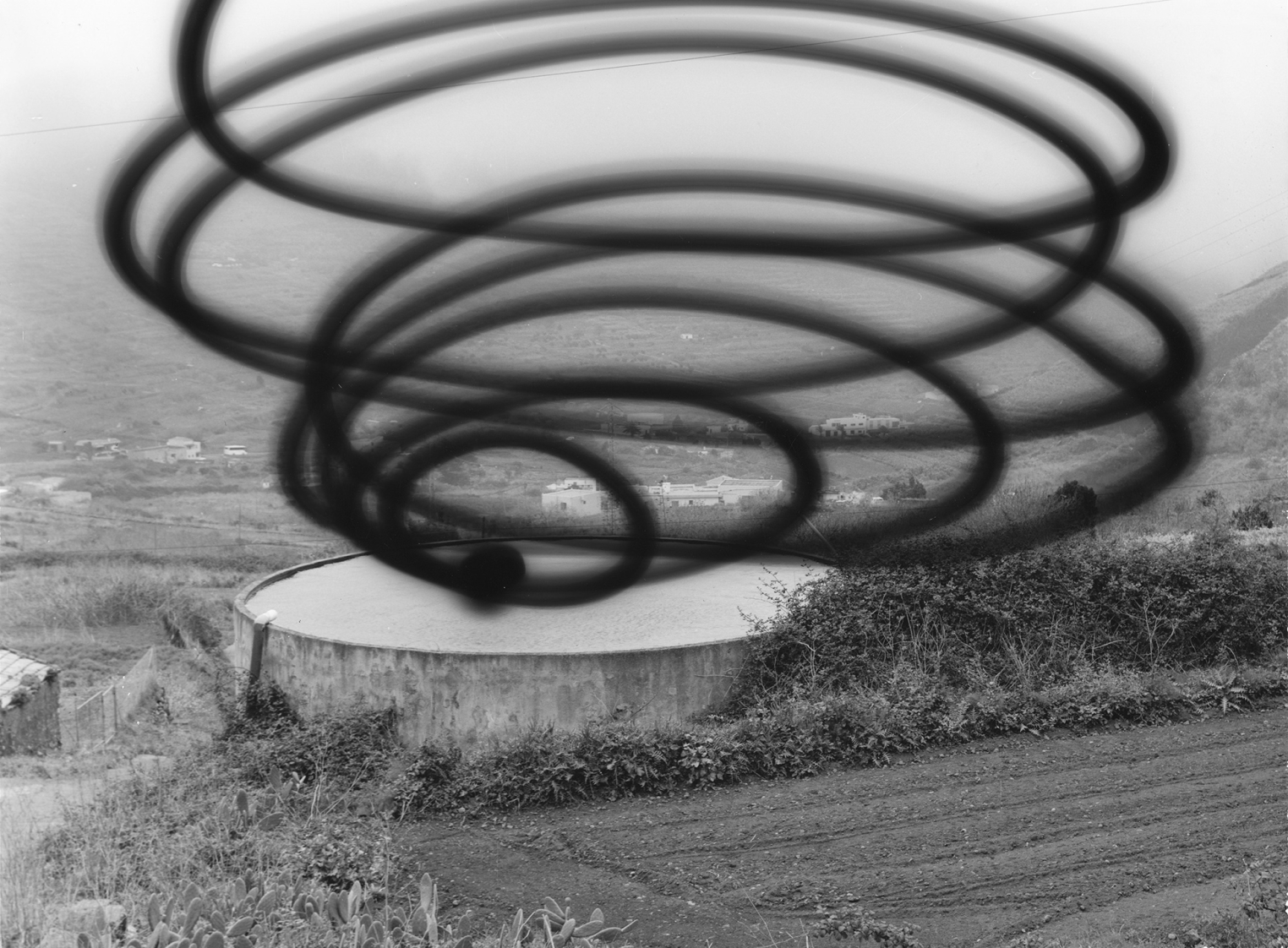 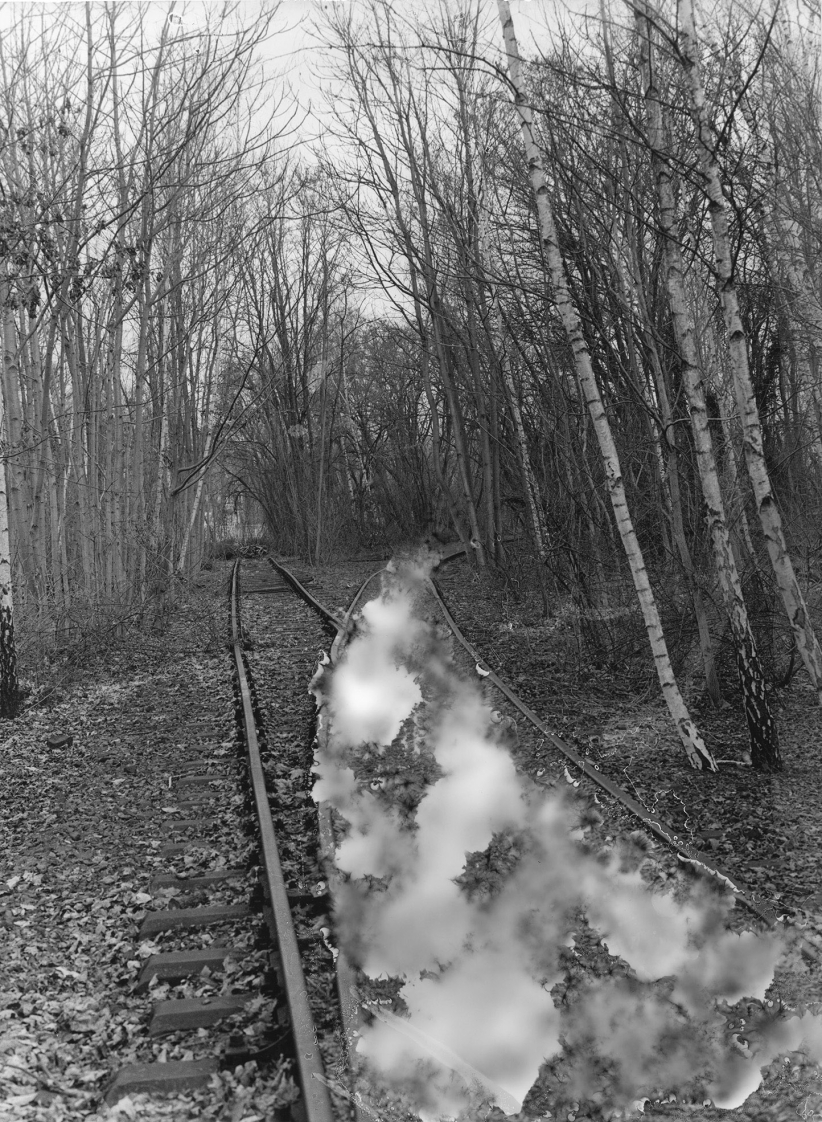 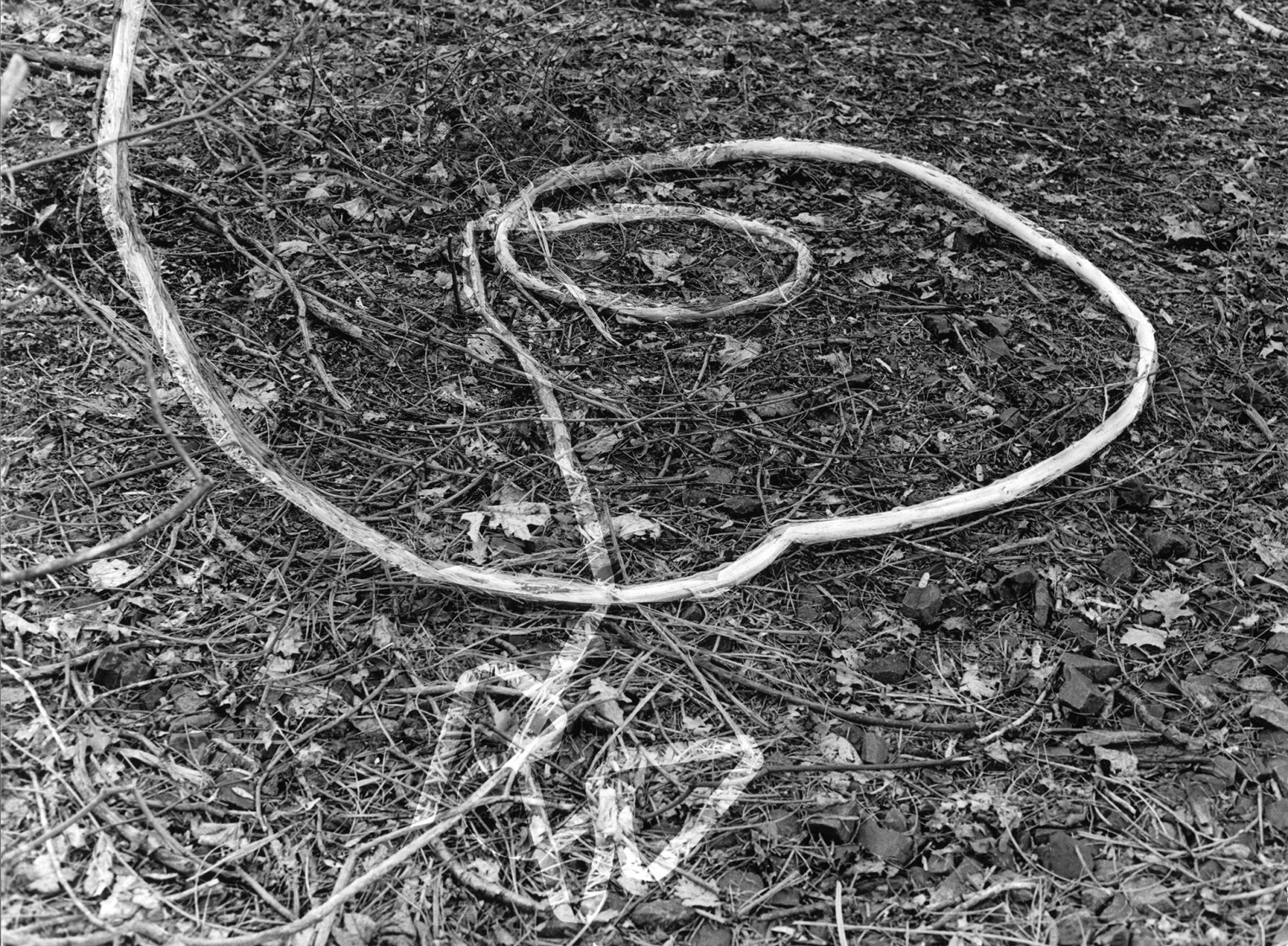 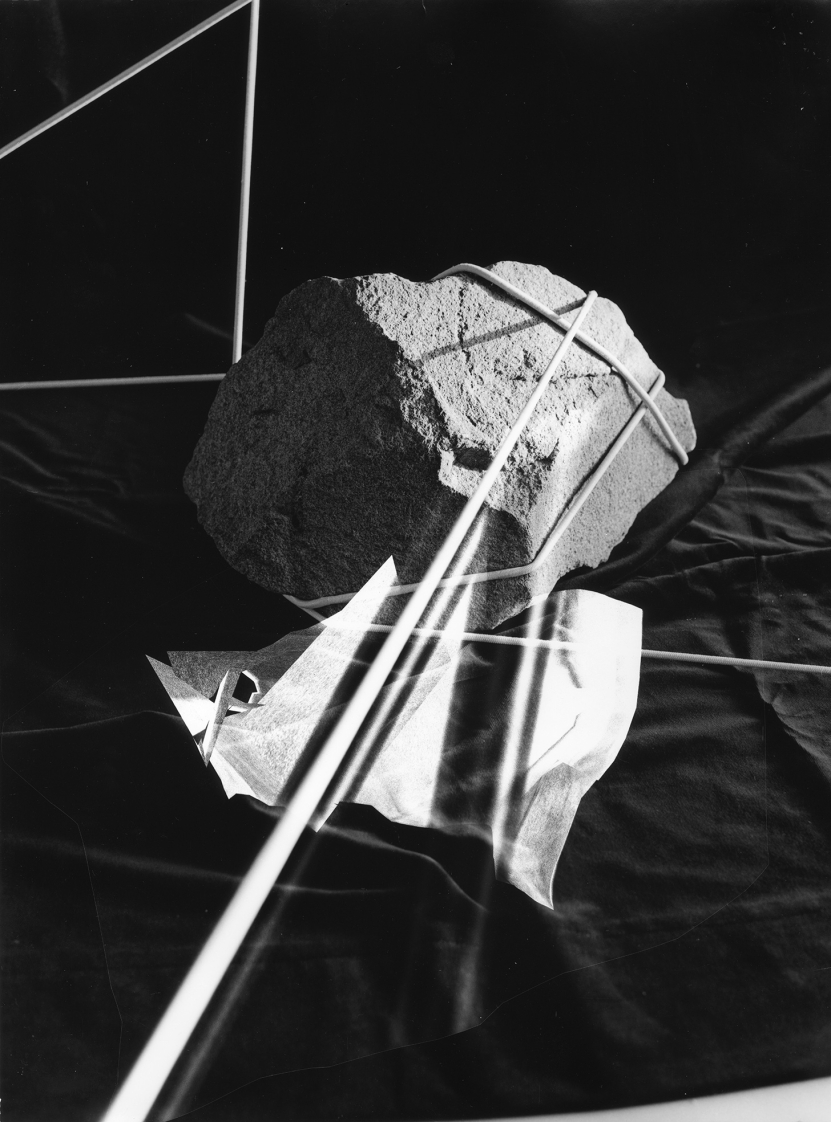 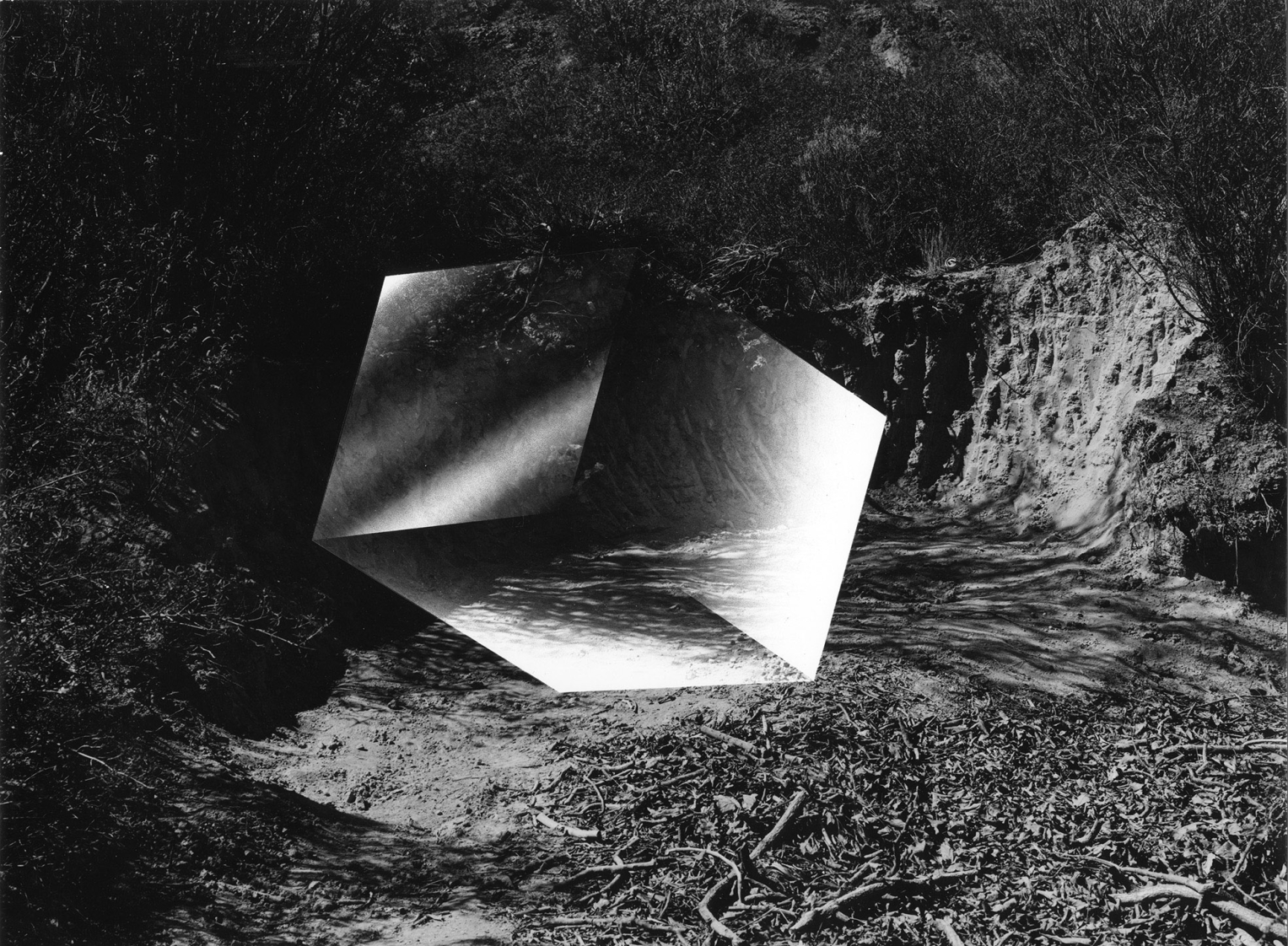 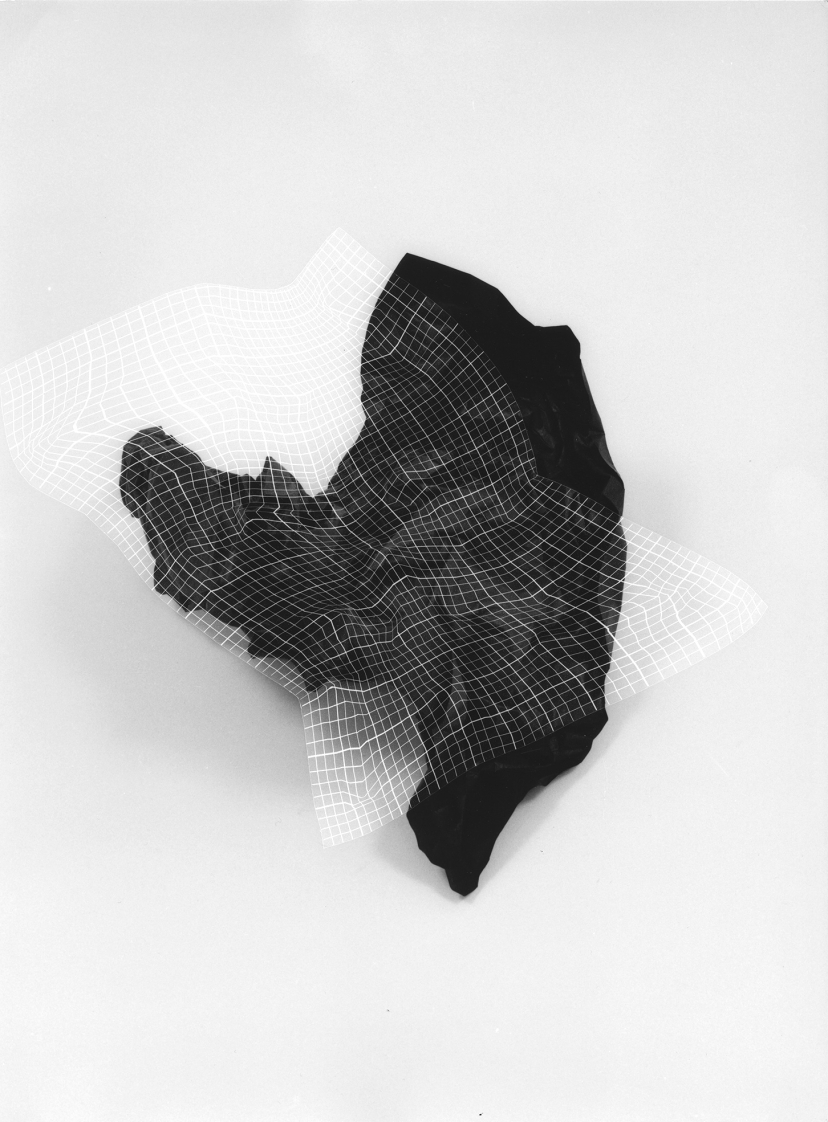 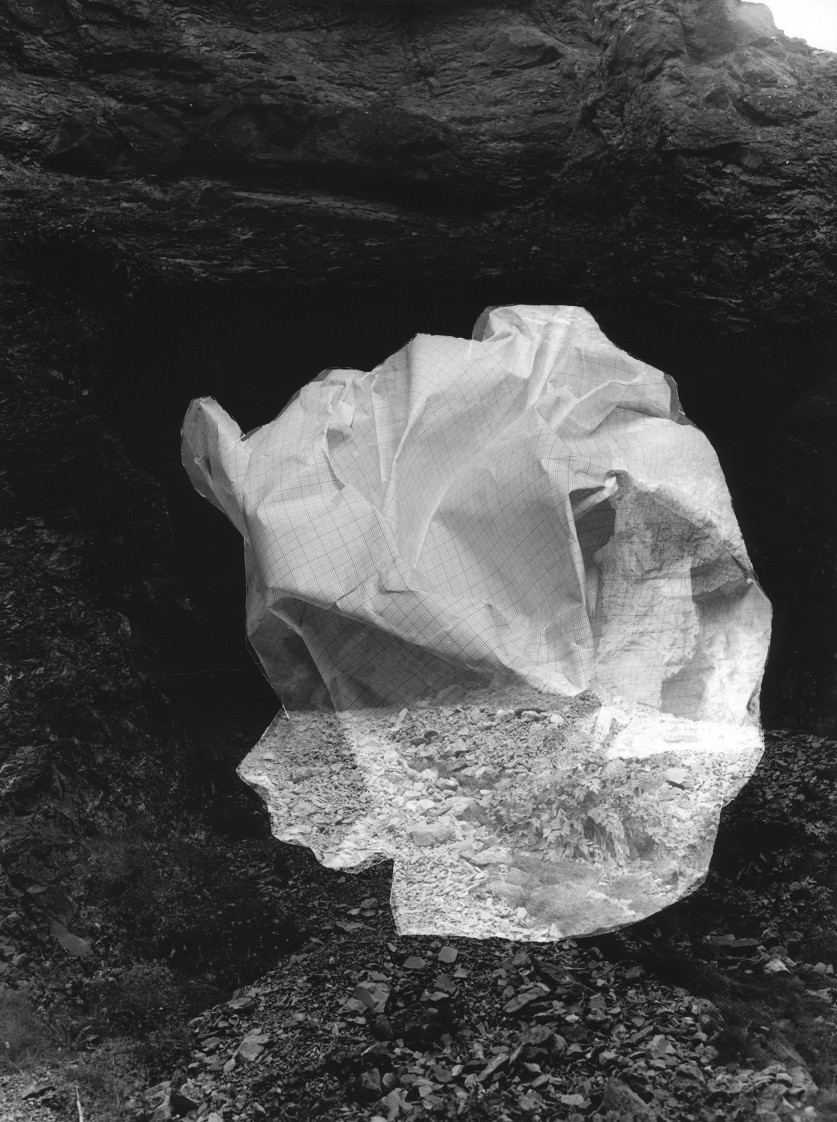