When I saw the image on the monitor, I thought it was a mirror; miraculously, we were wearing the same garments and hairstyle. We even had the same copy of a book*, a Penguin Classic published in the last decade, a reprint of the English translation published in 1964 (the original was published in French in 1958). When she told me to turn to a certain page, I found a poem by the poet** whom I knew intimately and had even written emails to (he is dead) while writing my thesis about him two years ago, unbeknownst to her. The poem was about ‘Shade-Haunted Space’ and felt in the trilogy of our minds in that moment that we understood how “...you cannot even conceive the horrible inside-outside that real space is.” It was the same pinpoint precision of acuity towards the ‘roaringness’ of space and the little hum that it emits even with all that roaring... I knew that she knew that he knew and somehow she knew he knew, too.

It had been a very harried Monday. My colleague does not keep a datebook so I’m never sure what he remembers - it causes a lot of confusion. I was almost out of breath when I sat down at my desk. The wifi was not so good in my apartment and the frame continued to freeze. We decided to switch to the 4G from our cell phones for a more steady connection. I placed my phone with its little finger-holder hook on the screen of my laptop in front of the camera eye that most sensible people cover with a sticker when not in use. There in front of me was suddenly three frames: the cellphone, the laptop, and the window framing the night sky as a backdrop to it all. In my notes, I wrote ‘phone on the Mac in front of the window’ and then I drew a little diagram of it and a little eyeball with long eyelashes.

Across from my desk was a mirror resting on the back of a sofa and leaning against the wall. When gazing from my desk chair I could see the top of my forehead and that is all - I’m not sure why I never changed this odd positioning. I couldn’t even see my eyes. This mirror would play a major role later in the conversation. We discussed how books can affect our moods immensely and how, before we know it, we don’t even realise we’re tense or anxious at the world, reflecting the state of a character in the book whose inner world we have immersed ourselves. We have to be careful of our reading diet, we concluded. I told her about a book I had just read that won some prize in France. The author writes about herself writing about the actress who was playing herself while also directing the movie, her only movie. It got great reviews in the 1970s. I sent her an excerpt of the book from The Paris Review in an email after the conversation.

I told her I sometimes didn’t know as a writer who was writing who and why should I say anything; what’s worth writing about - who am I to say it? Who is me to me and so on and so on - it was much easier to collage a voice into some kind of ‘text’ pieced together from various sources and semblances. She said she felt similarly but more in the sense that she had no grand statement to say about her work - it was just a kind of commentary, a reflection, and a trying to get out of the way of what was already there. I saw it as a pure fascination with the image and how it is constructed, almost like a house, or more accurately, literally like a house in its construction. This seemed to be the secret she was trying to let us all in on. She told me how she was showing an image on her phone to someone and wanted to show them the backside of the image and she actually turned her phone over to show the backside of the image. “I’m not deceived by the image,” she said, “but then I’m just clumsy.”

Miraculous! The image is never-ending! Can you hold it in your hand? There is a pinpoint where you can hold it in your hand, if you look lightly enough, if your gaze is clear, if you’re willing to inspect it a bit; really looking makes real blunders that you can touch.
I thought about how applying a collage technique to the construction of your world is generative and helps it grow - it makes so many more edges that can meet, more grip, more texture, more surface area for things to accumulate.

The factor is time; time is a comma. Photography is a comma, a hinge towards being (the whisper of the first rumour of being, rumoured to be an echo of something, a description of a photograph that cannot be located like a confused hum.)

Do you know this book about the mysteries of the alphabet?

I concluded at the end (looking like a doctor with a prognosis, she said) that I would write about myself writing about images, like a photographer of words. A possible way to mirror the way she is using photography, letting the image talk like a paragraph. But there is no ‘letting’ here - it is the work of a very calculated flaneur making subtle experiments under the surface invisible to us passersby.

“Vulgarian work ethic leading to a non-dandy sublime!”*** is the work ethic of the new flaneur who bumbles along the archives, all the while knowing calculation is a pretence for bumbling.

There is a skin to the image, the roughness on which the images sticks, like the unglazed tile, mass produced, unglazed and unfazed, like the tannery in Morocco, a tourist spectacle, a replica actually of how it used to be done, but recreated so that images of the production of realness could be spread around the world.

The interrogation of the image was complete. 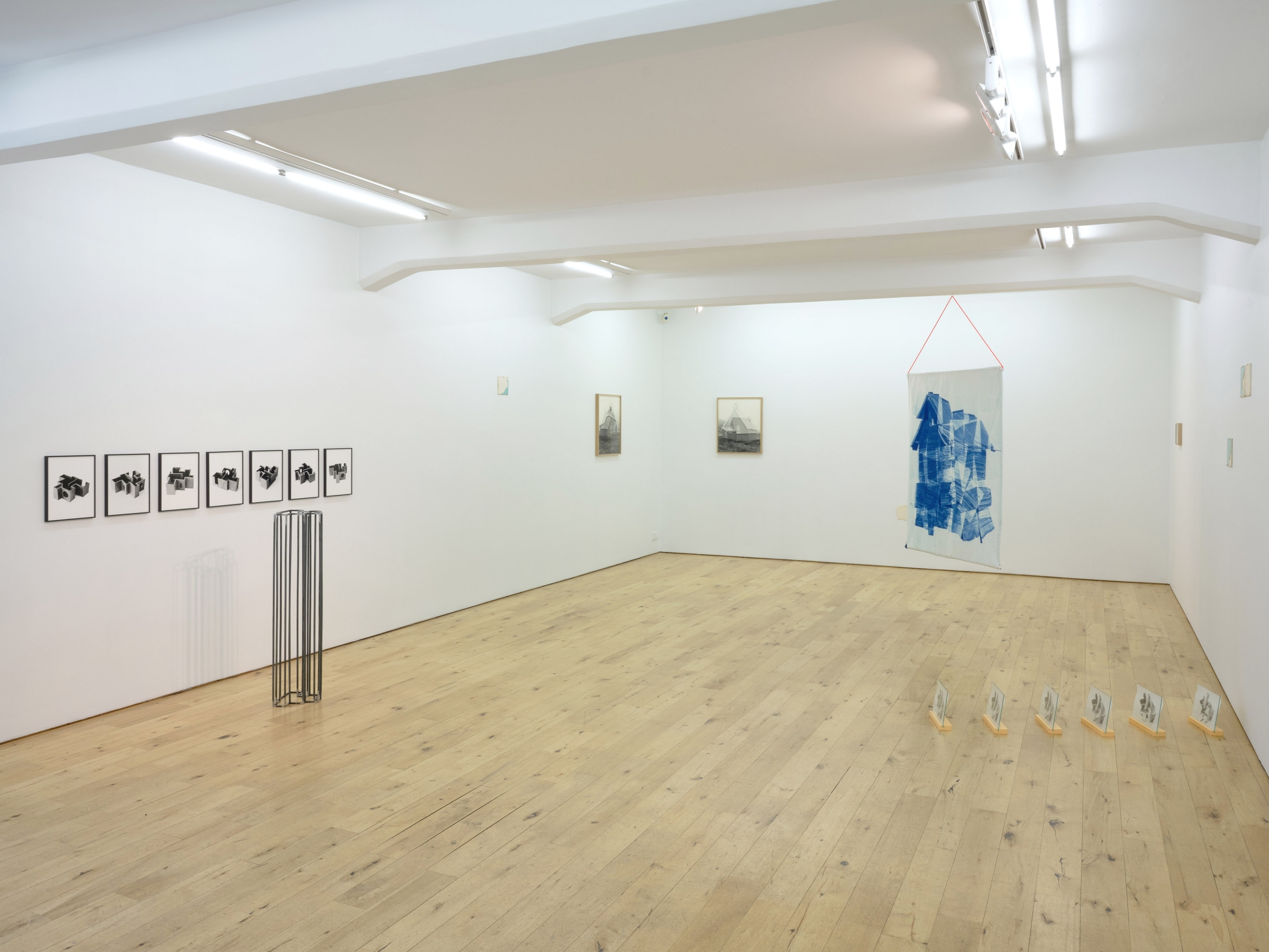 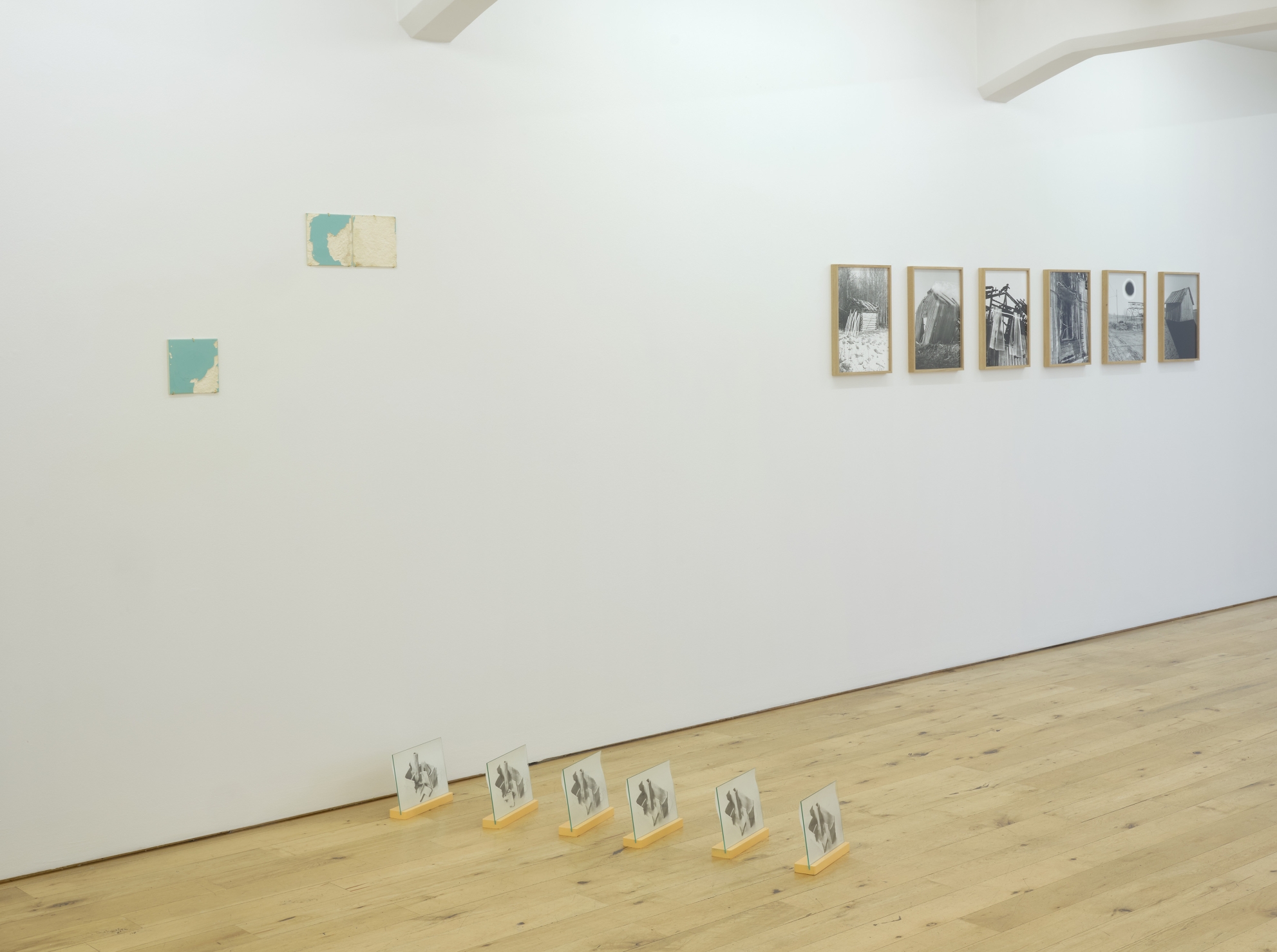 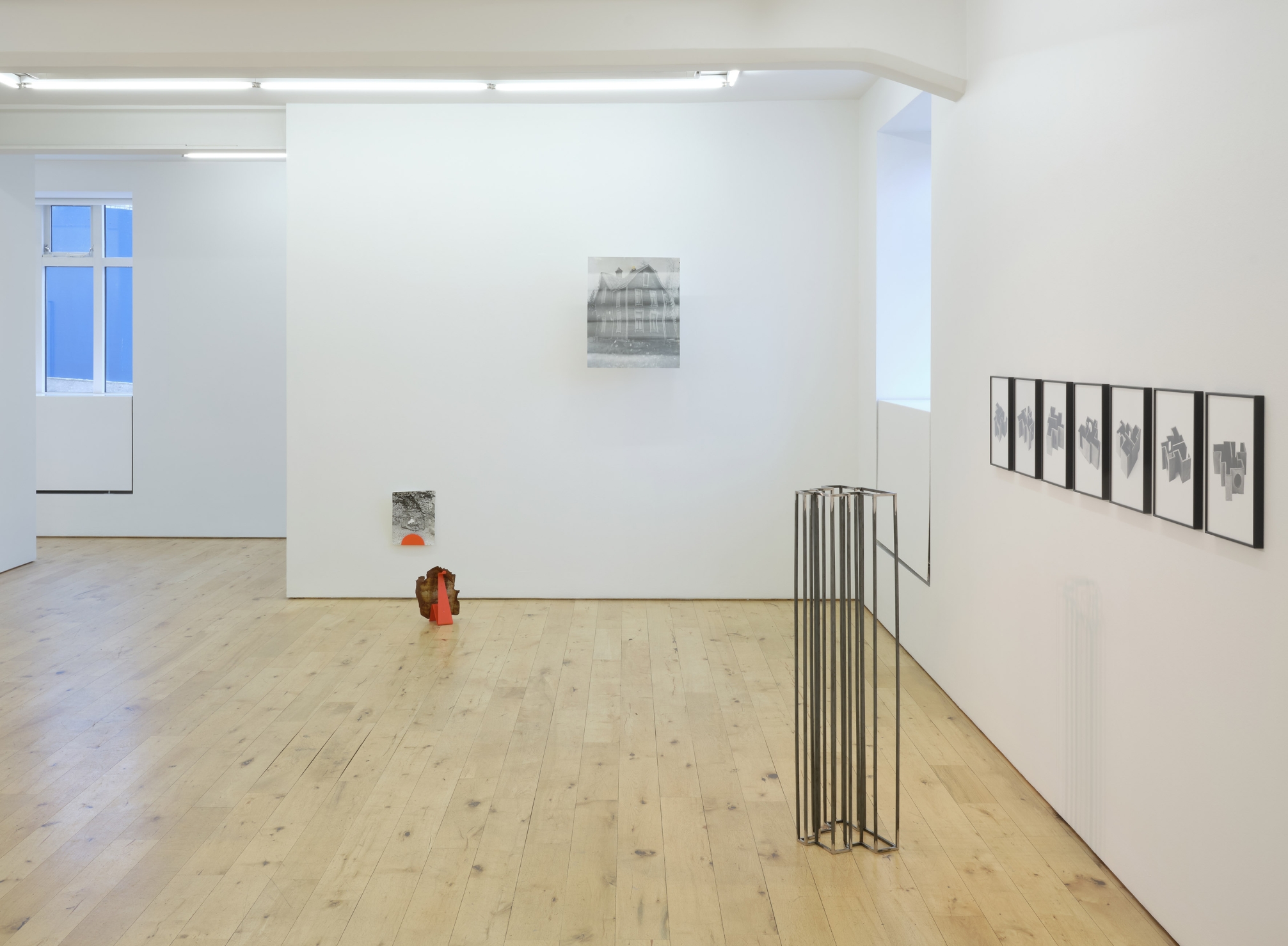 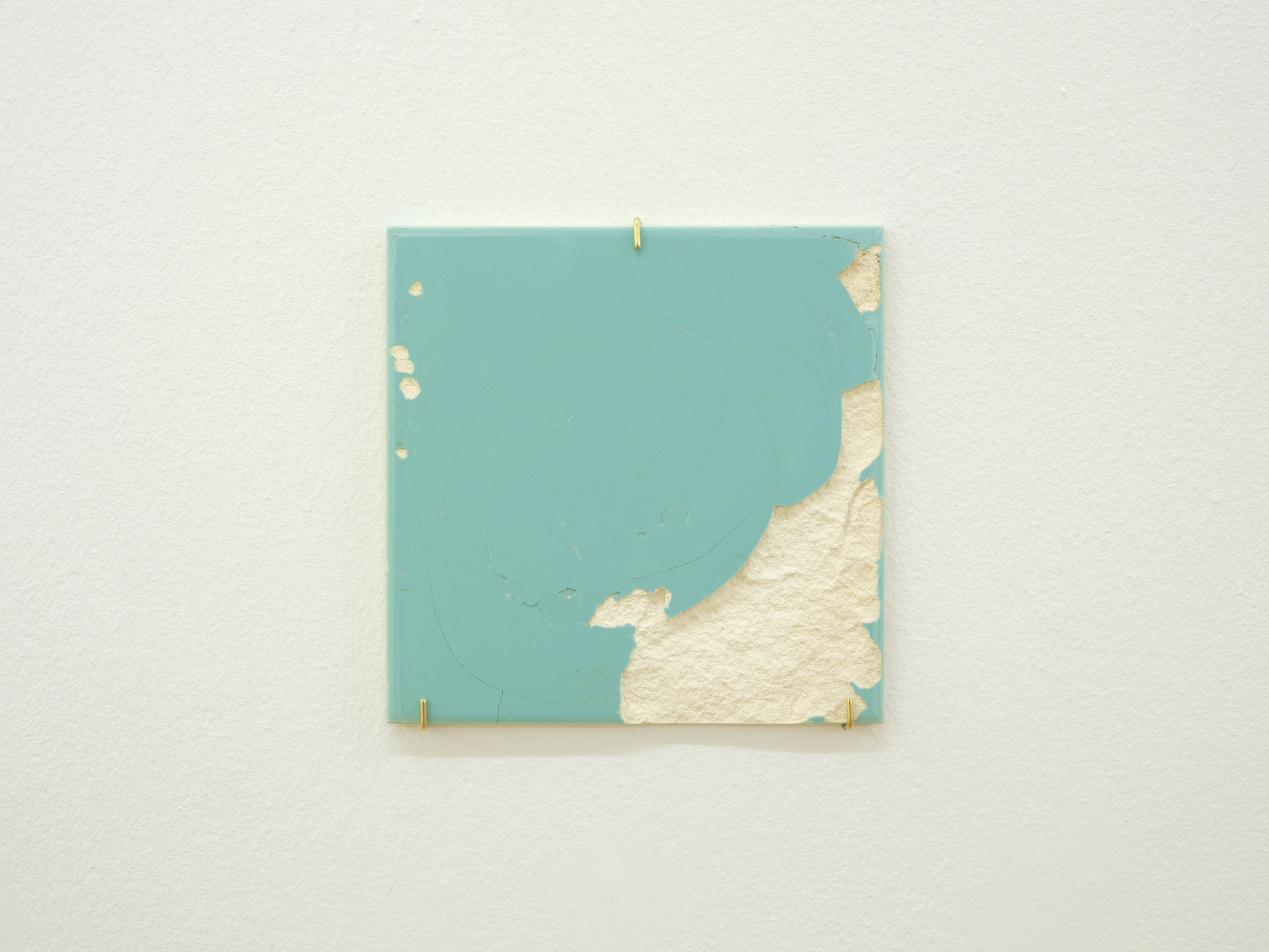 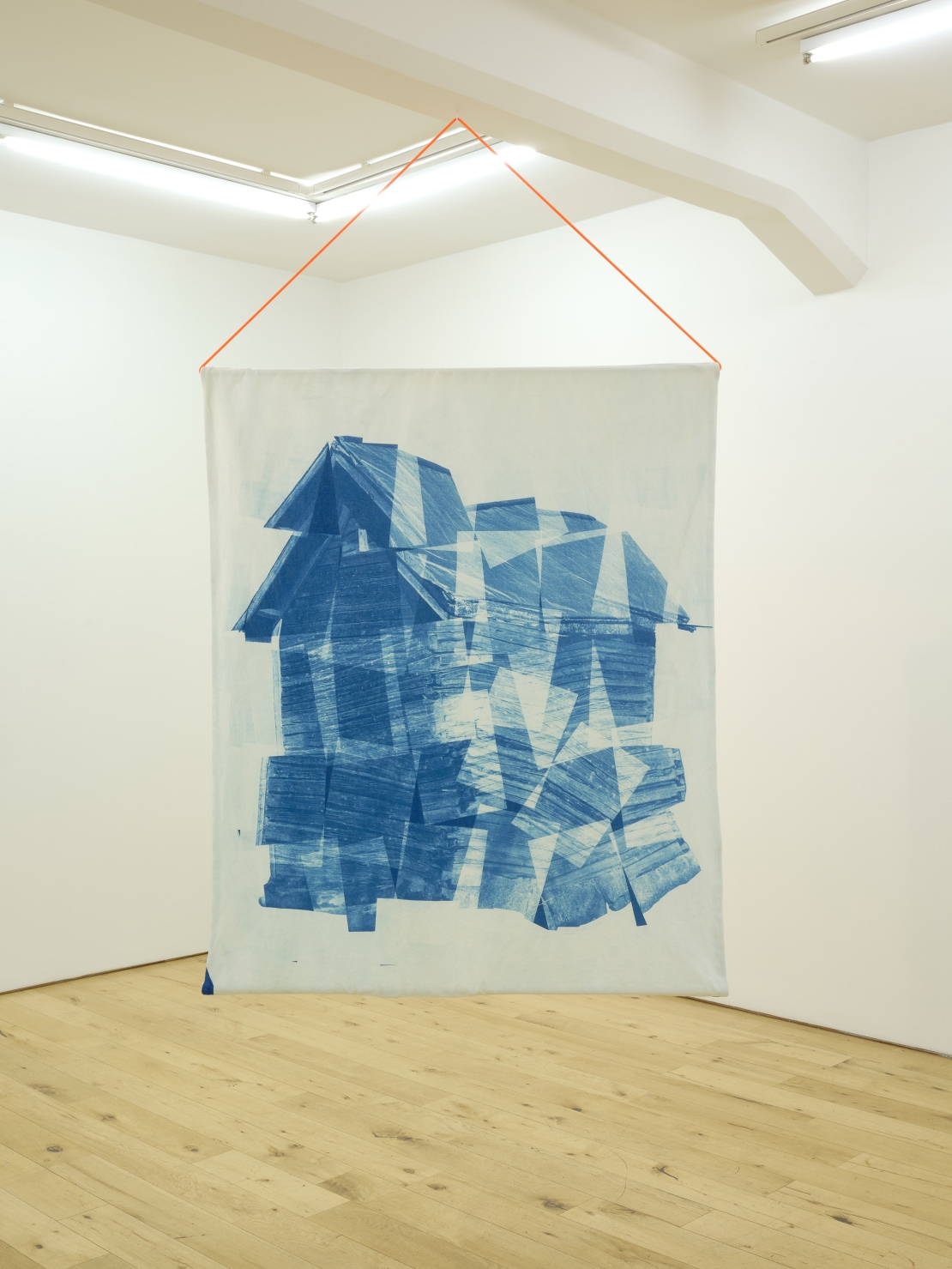 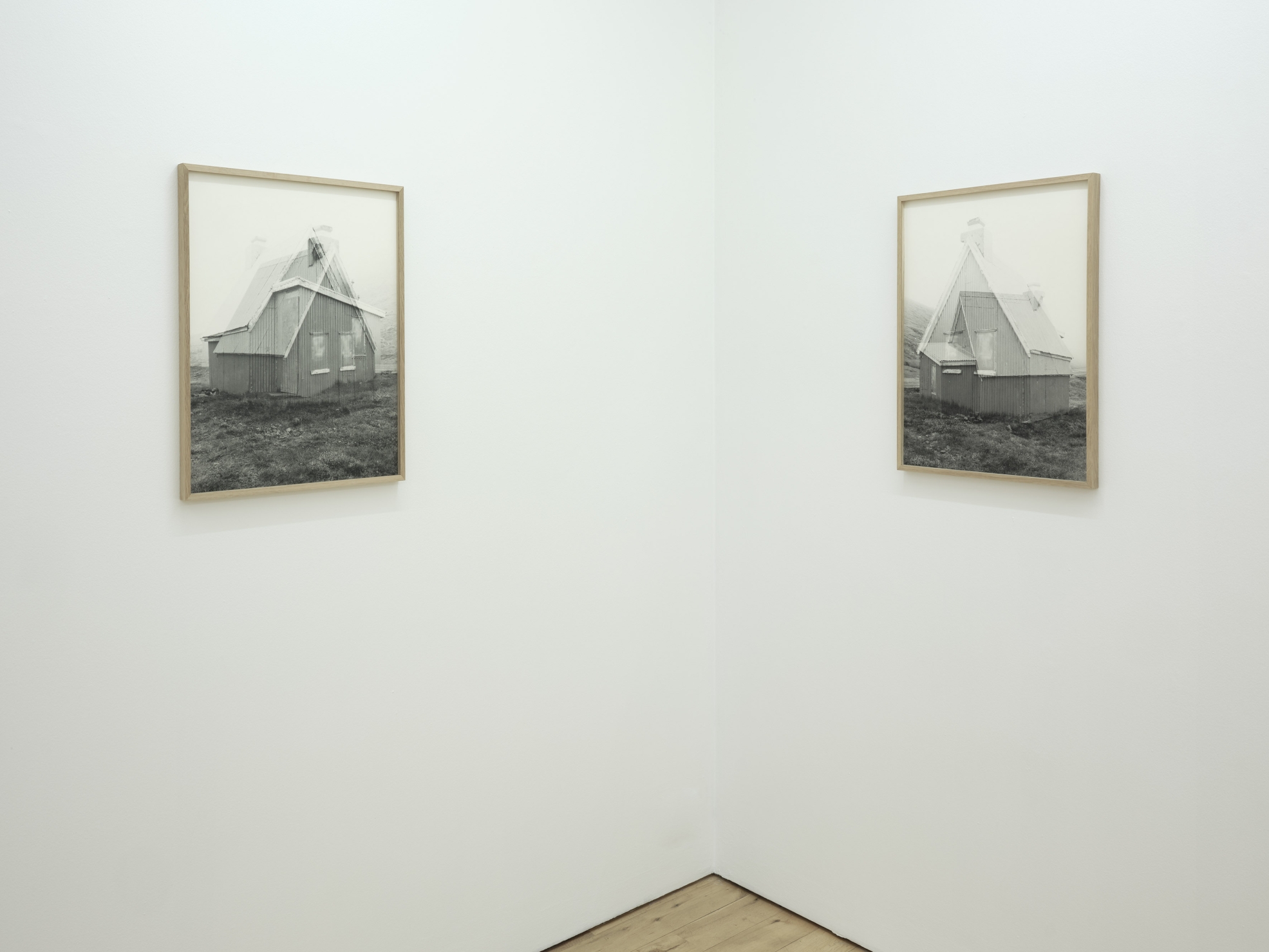 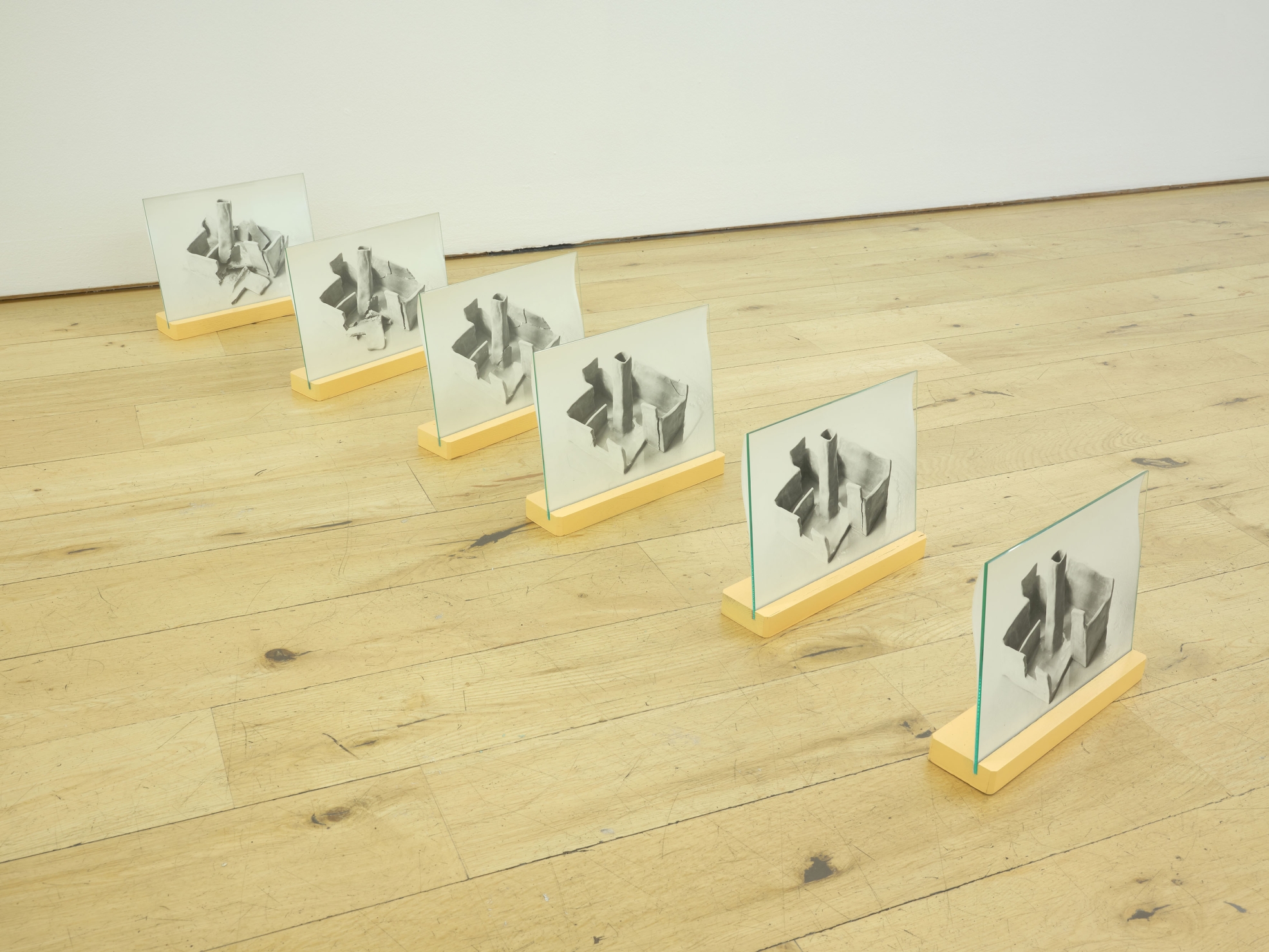 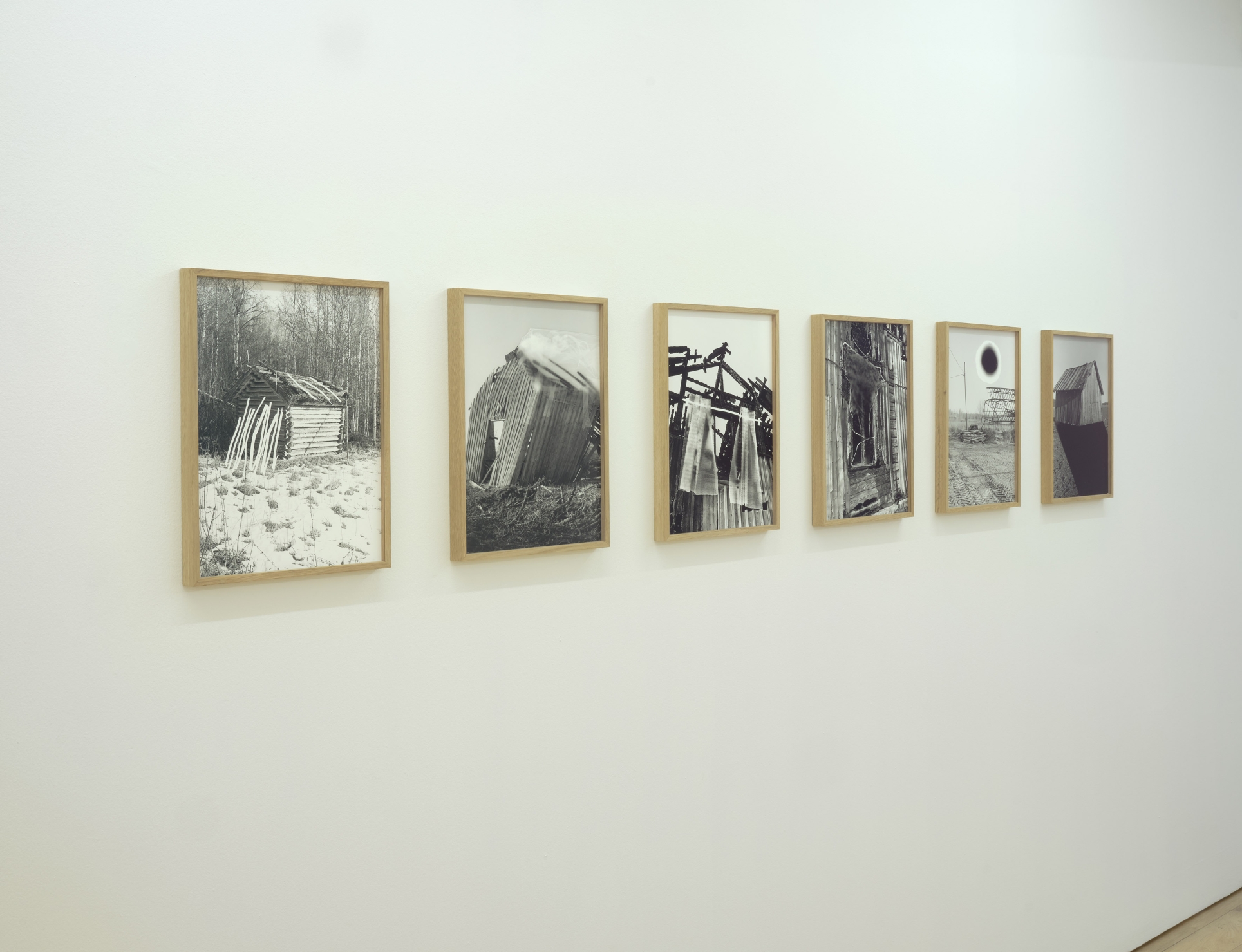 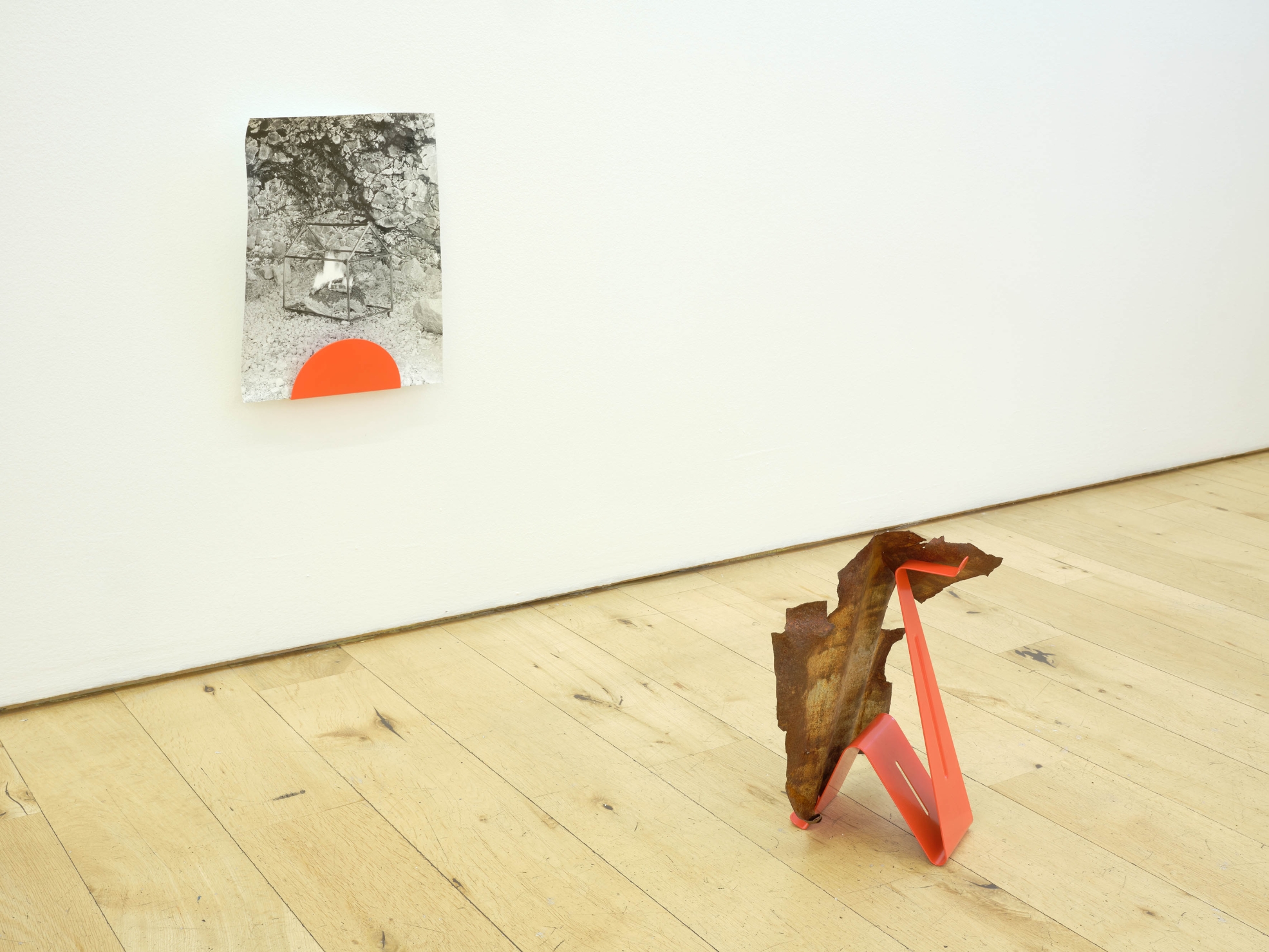 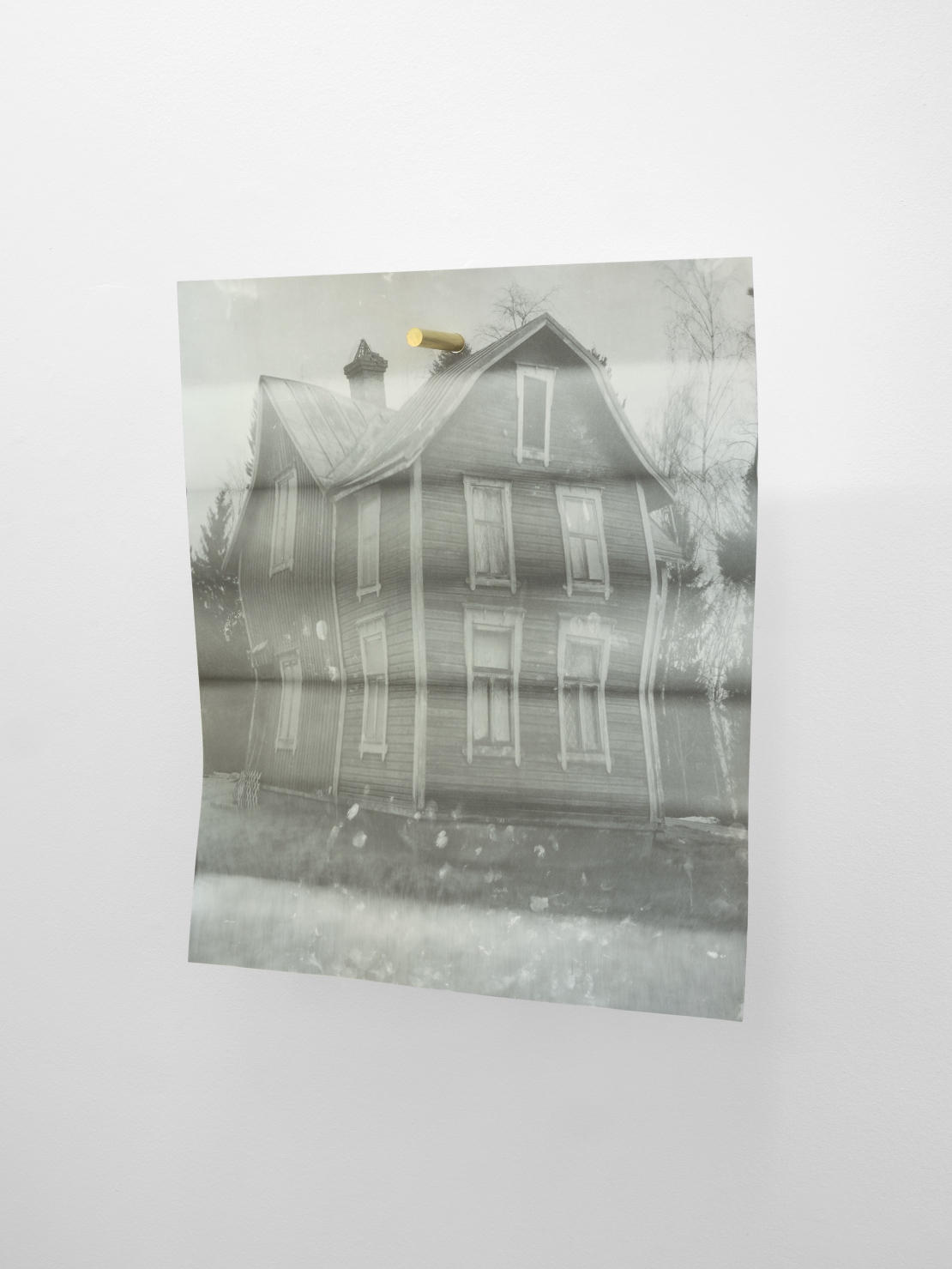 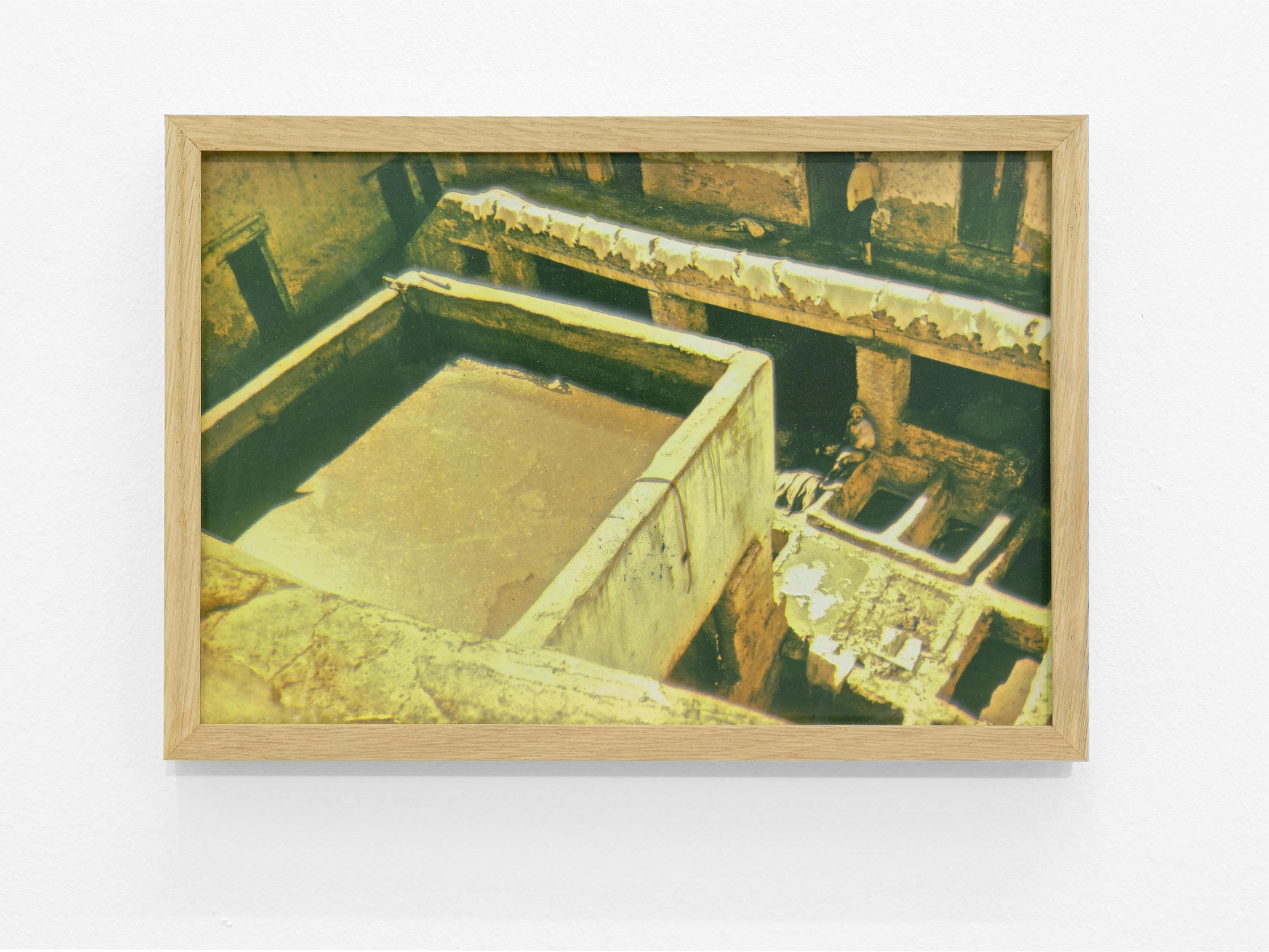