In his book “Towards a Philosophy of Photography”, Vilém Flusser examines the essential qualities and problematics of the medium photography. He describes the camera as an animal that lies in wait for the photograph to be taken, and each photograph as a realisation of one of the possibilities contained within the program of the camera. The photographer is a functionary that plays a game over which he has no competence, and the program of the camera improves through social feedback until all possible combinations are realised and the combination game enters the stage of robotisation. The camera is the ancestor of all apparatuses that are robotising our lives, and as such photography serves as a placeholder to think about post-industrial society as a whole. Through photography we establish redundant, circular meaning that fulfils a function in a universe programmed by apparatuses.
The book was first published in 1983 with the title “Für eine Philosophie der Fotografie”, and it foresees the radical development of photography and its all encompassing presence in our lives. The transfer of meaning, and the critical view on technical images, the flow of information and the creation of power within these concepts are reoccurring themes in Flussers work.
Himself a man of many languages and no homeland, Flusser regarded translation as something that must be carefully observed and employed with awareness for its ability to change meaning. In the same way, technical images are a form of translation. Thus, Flusser calls for the photographers duty to analyse and reveal their own intentions and to be aware of the cameras power and its ability to create redundant information. To oppose its automatism, Flusser suggests a playful deconstruction of the program the camera is made for, to outwit its rigidity, and to invent unpredictable modes of employing its functions.

The work Surface Transfer is taking Flussers thoughts as a point of departure and tries to follow its logic towards the deconstruction of the photographic image. At the same time it questions photographies ability to rise up against itself.
The task of completely depicting the rock on the beach was completed through an imperfectly automated combination of steps and movements, the final images as good as any other. The translation of the object into a surface and then back into an object in space created a new object altogether, without letting go of the original thing. The installation visualises a form of defeat - a thing literally exposed and rendered flat, then reconfigured into a new thing, still clinging onto the referent - the rock on the beach. Even though the images are reaching into the space, only a single viewpoint deludes the viewer into looking at a three-dimensional object. The installation aims to expose photography's inability to actually show the thing it is pretending to depict.
The text - notes from Flussers book - hovers above, crumbled and unreadable, defying to offer a simple explanation as to what photography is. 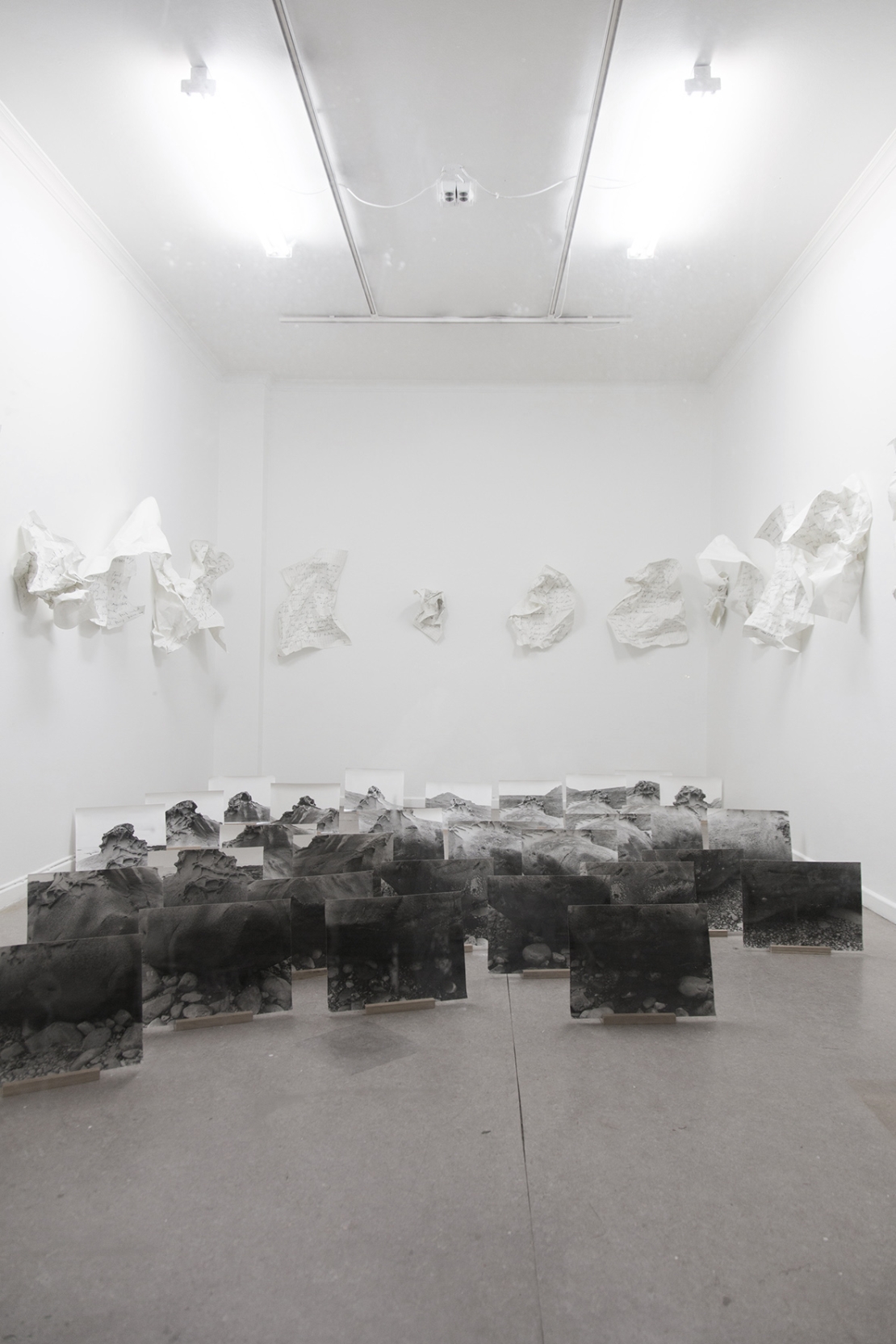 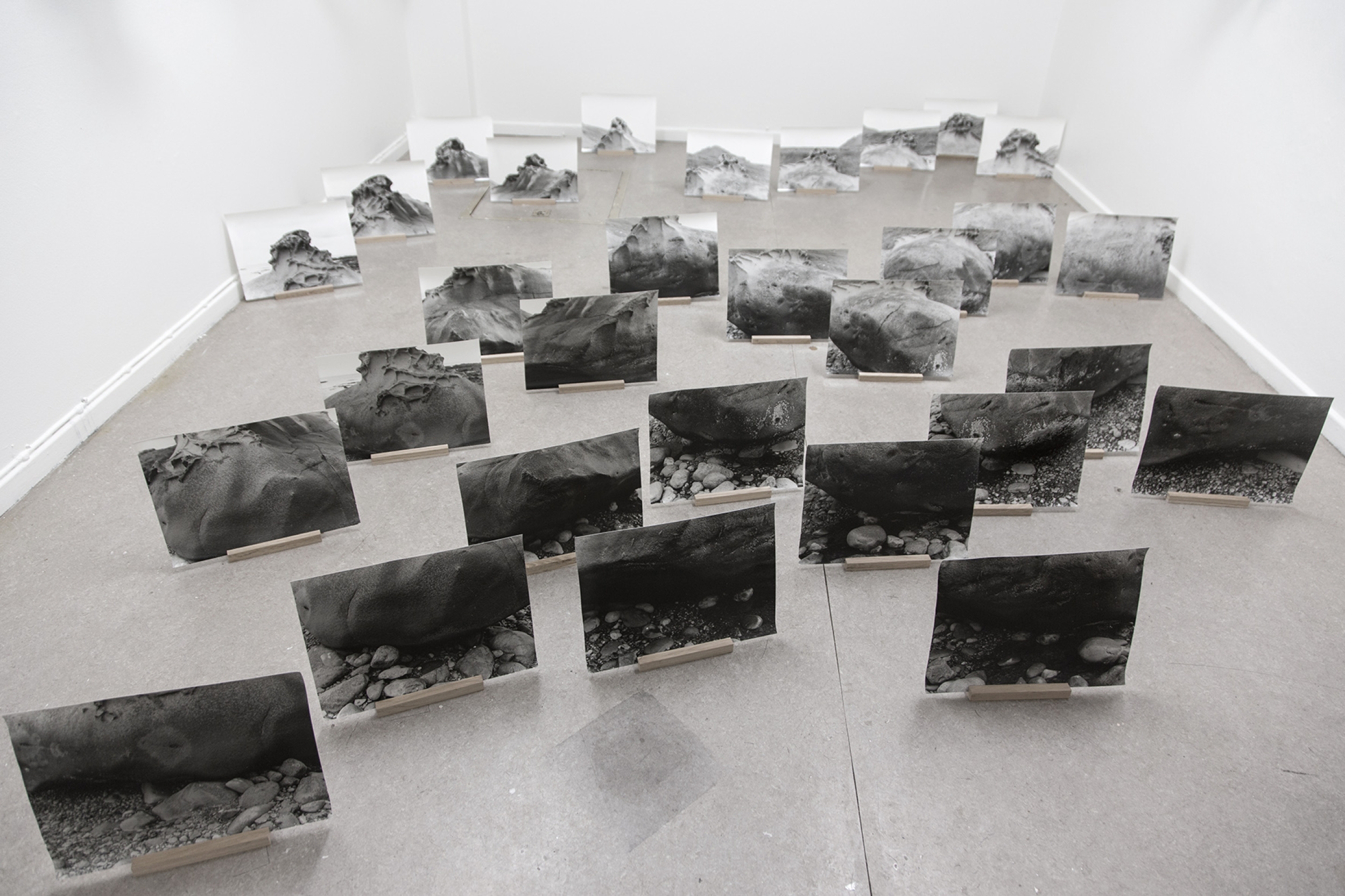 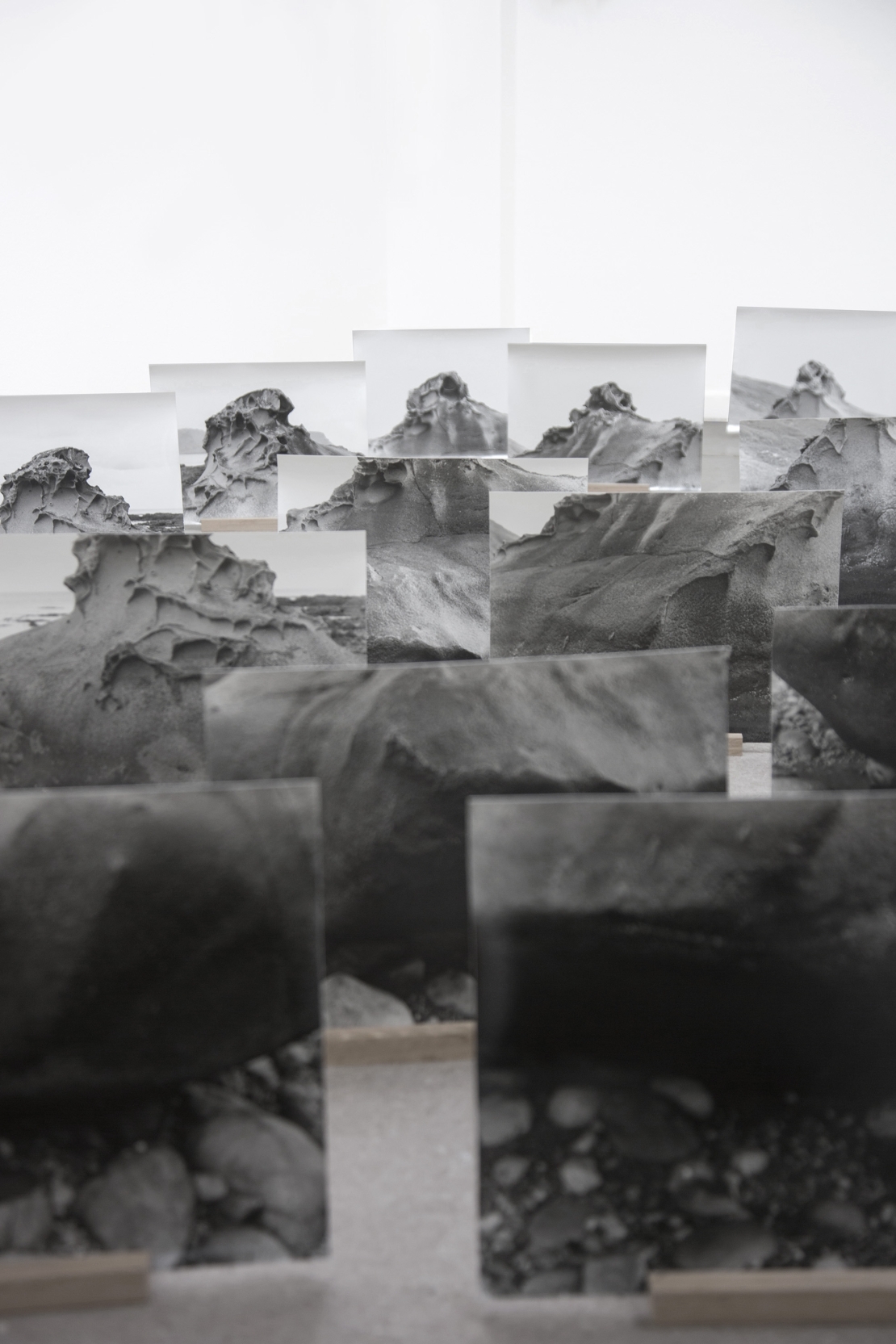 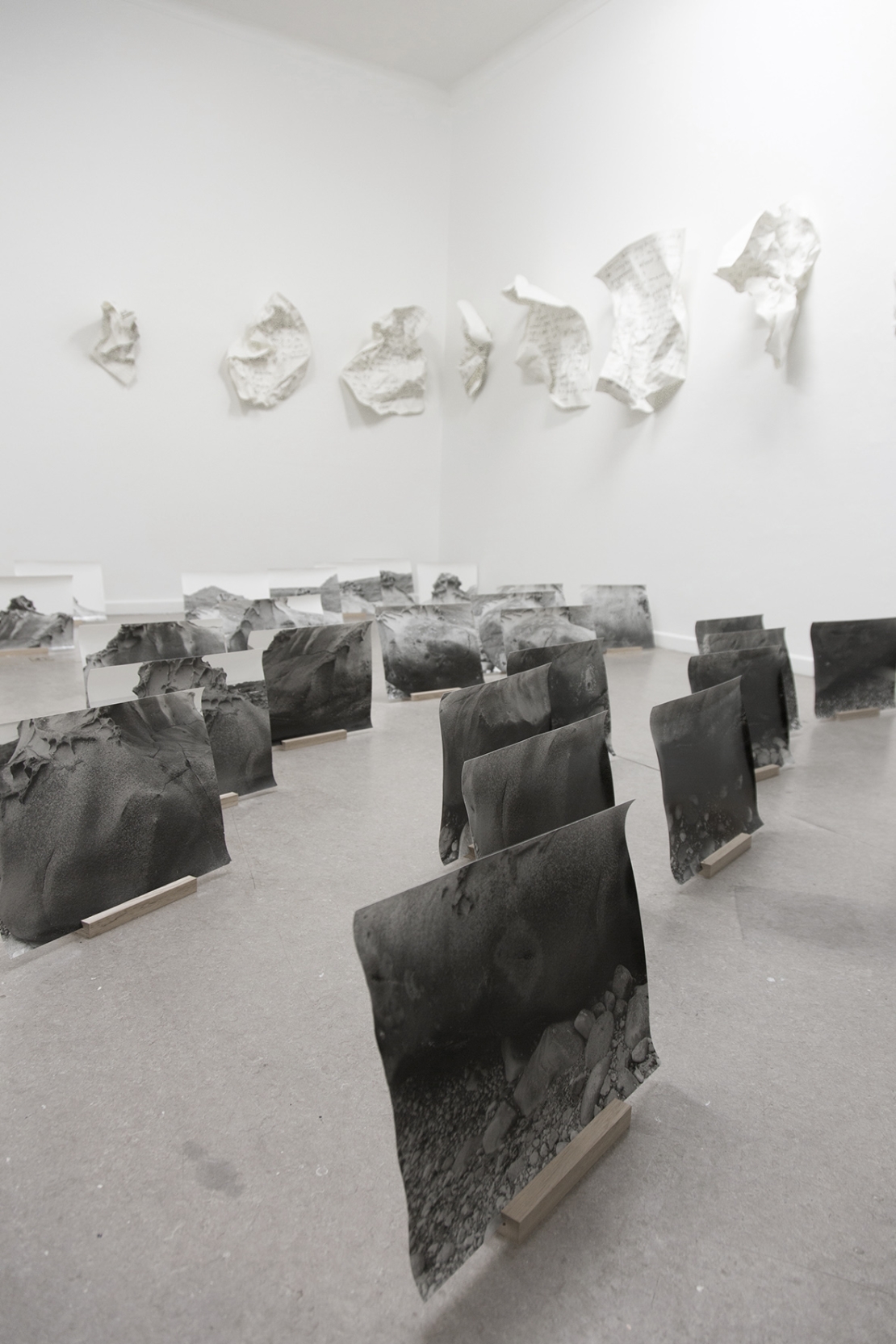 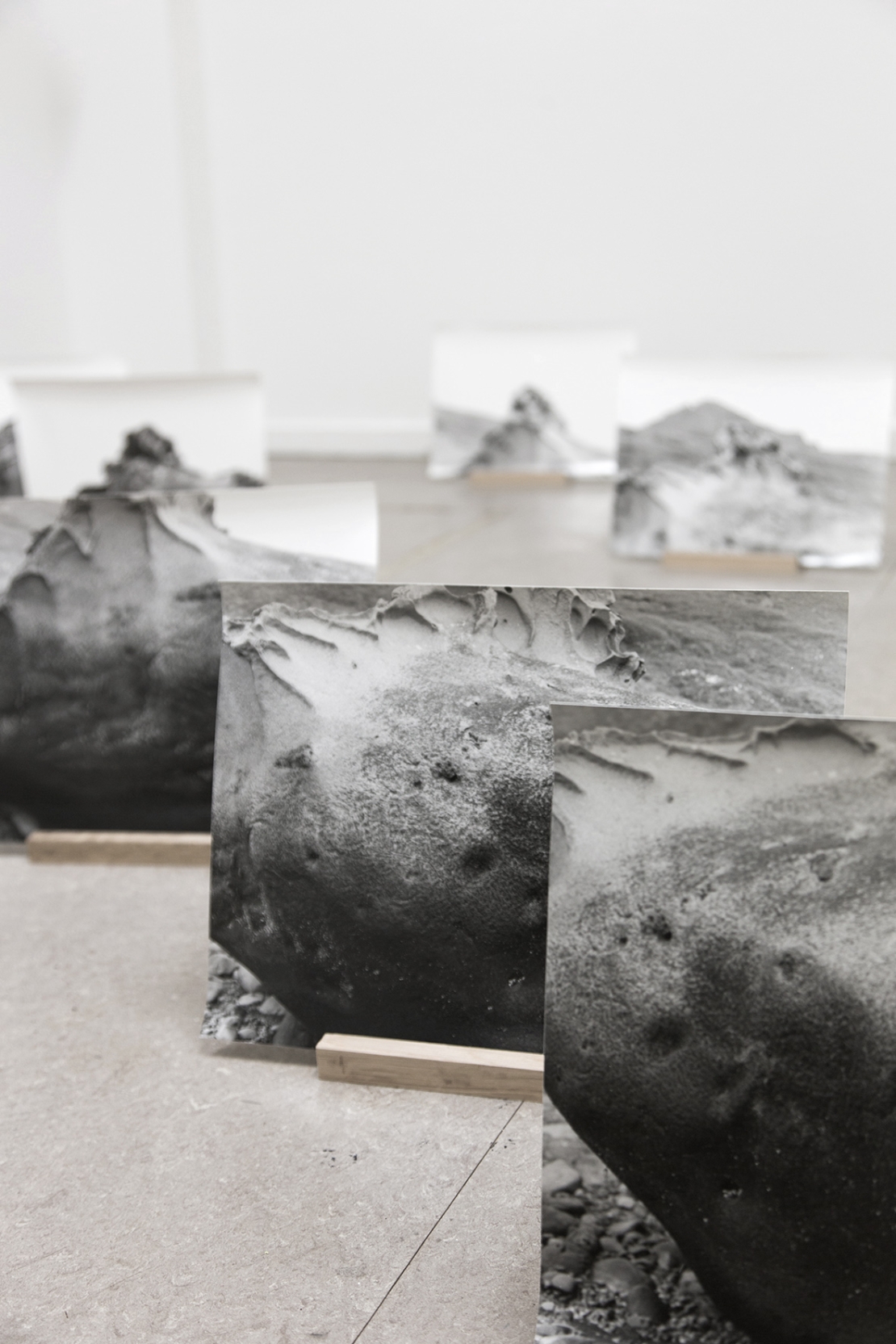 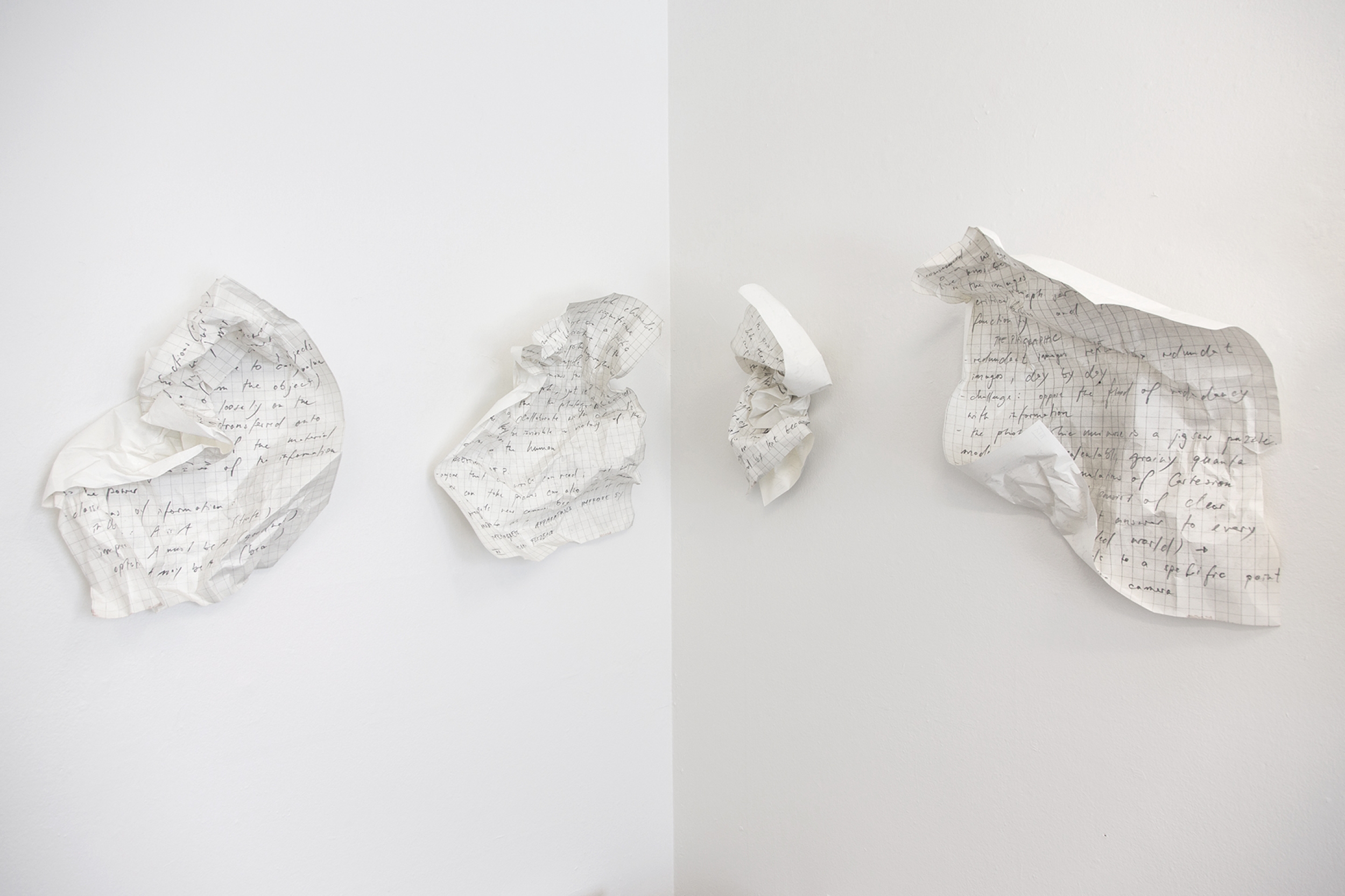 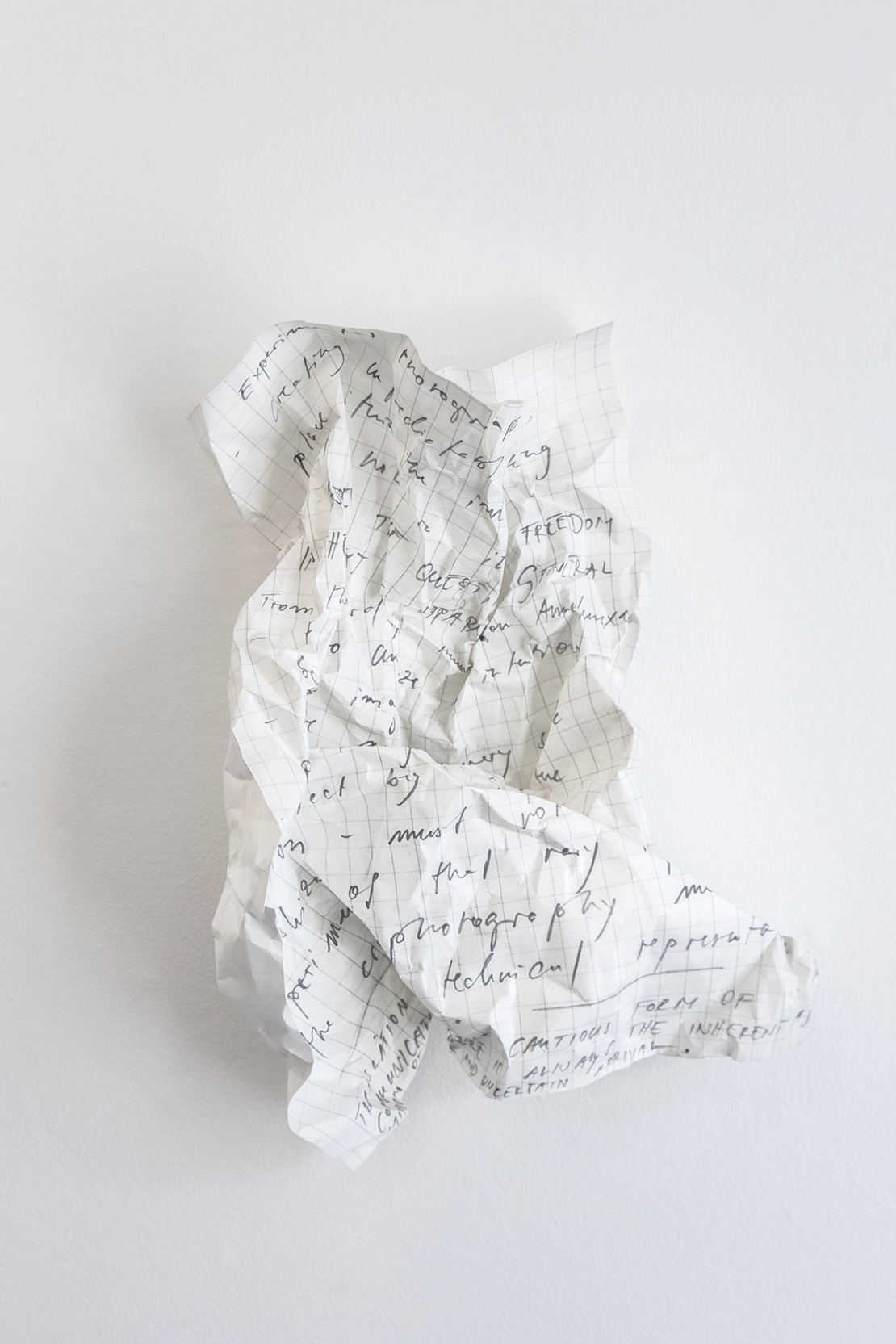 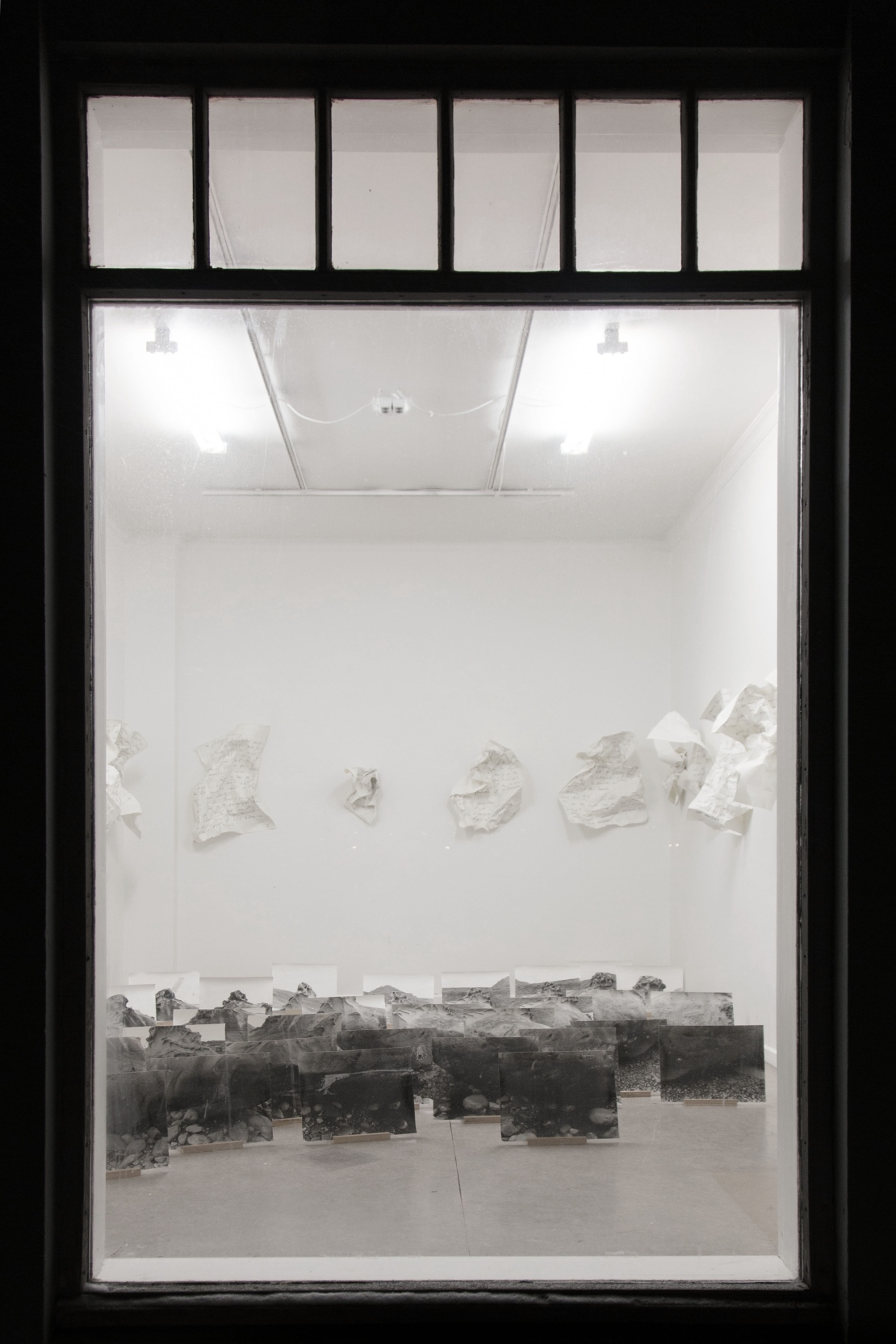